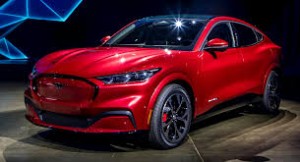 “January 2021 prices are coming off a historical fourth quarter, with average transaction prices reaching more than $40,000 for the first time at the end of 2020,” said Kayla Reynolds, industry intelligence analyst at Cox Automotive. “As we have seen the last few years, we expect transaction prices to continue to grow. While many manufacturers saw year-over-year growth, FCA/Stellantis had the largest increase at nearly 10 percent.”

At the segment level, Minivans reported the largest year-over-year growth, up 12%, while the Luxury Car category followed closely behind with a more than 11% year-over-year average transaction price increase. Among Minivans, Toyota Sienna and Chrysler Pacifica were the largest drivers for price increases. Additionally, Luxury Cars benefited from many discontinued lower-priced models, such as the BMW 6 Series, INFINITI Q70, and Cadillac CT6.