Report: 68% of hackers initiate attacks to be challenged – 71% opt for websites 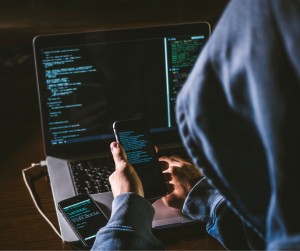 Survey data acquired by Finbold.com indicates that about 68% of hackers initiate attacks in order to be challenged. The survey featured over 3,150 respondents from at least 120 countries and territories.

The research also reviewed some of the popular hacking platforms where websites account for the majority 71%. APIs account for about 7% followed by Android mobile at 4%. Interestingly, technologies with a hacker’s users data account for 4% as well as operating systems with the same figure. Firmware accounts for the least platform at 1%.

Hacking continues to be an evolving field. Commenting on the issues, Finbold.com Editor in Chief, Oliver Scot said:

“Moving into the future, there will be an increase in the demand for security skills as hackers continue to evolve. More organizations are also increasingly insourcing their security needs through internal training and skills Tailored training programs have emerged to be crucial.”

Some of the popular hacking trends expected to evolve include social engineering and phishing, malware injection, missing security patches, cracking passwords, and distributed denial of service.