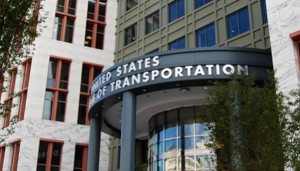 WASHINGTON, D.C. – NHTSA has recently released an interim final rule that would allow manufacturers in the United States, particularly those manufacturing autonomous vehicles, to obtain permission from NHTSA to manufacture and test vehicles that do not currently comply with the Federal motor safety standards.

To date, NHTSA has only allowed manufacturers of foreign vehicles to obtain these types of exemptions for testing and research in the United States. However, barring domestic manufacturers from producing and testing new vehicle technology in the United States harms the domestic market and causes them to fall behind. This rule does not include any provisions that would assure vehicle data access for third-party users from the manufacturer. Vehicle data access has been a contentious issue in legislative efforts to provide similar research and manufacturing allowances through the U.S Congress.