New York Times: Despite high hopes, self-driving cars are ‘way in the future’

Newspaper: Ford & other companies say 'the industry overestimated the arrival of autonomous vehicles, which still struggle to anticipate what other drivers and pedestrians will do.' 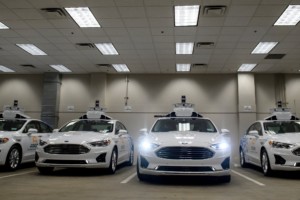 Argo AI’s self-driving technology will be used by Ford and Volkswagen in ride-sharing services. (Jeff Swensen for The New York Times)

A year ago, Detroit and Silicon Valley had visions of putting thousands of self-driving taxis on the road in 2019, ushering in an age of driverless cars.

Most of those cars have yet to arrive — and it is likely to be years before they do. Several carmakers and technology companies have concluded that making autonomous vehicles is going to be harder, slower and costlier than they thought.

“We overestimated the arrival of autonomous vehicles,” Ford’s chief executive, Jim Hackett, said at the Detroit Economic Club in April.

ASA CAN HELP YOU STAY CURRENT ON THESE ISSUES!

“As these systems continue evolving, it is reminiscent of personal computers in the 80s – the technology is constantly changing, the software has a short shelf life and the technicians have to stay current on these platforms to properly service and repair.  ASA has the venues to help you stay current.”

Also, ASA will continue to be an advocate for shop owners in the nation’s capitol and elsewhere.

“It is the reason we have representation in D.C., because we want everyone involved to be informed.  We do this not only at the Legislature, but also commenting with leadership within such departments as Department of Transportation, National Highway & Traffic Safety Administration and others. It is what advocacy does for you.”