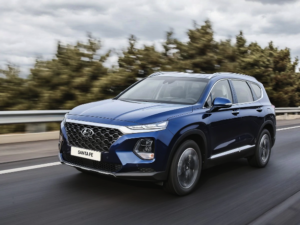 More brands worsened than improved over the past 12 months.

“Automakers continue to make progress in areas like infotainment that attract a lot of consumer attention,” said Dave Sargent, Vice President of Global Automotive at J.D. Power. “However, some traditional problems crept up this year including paint imperfections, brake and suspension noises, engines not starting and the ‘check engine’ light coming on early in the ownership experience. Also, more people are having issues with their advanced driver assistance systems, which are critical for building consumer trust in future automated vehicles.”

Initial quality is measured by the number of problems experienced per 100 vehicles (PP100) during the first 90 days of ownership, with a lower score reflecting higher quality. In this year’s study, only 13 brands improved, while 18 worsened. The industry average remained unchanged at 93 PP100.

Following are key findings of the 2019 study:

Genesis ranks highest in overall initial quality with a score of just 63 PP100. Kia (70 PP100) places second and Hyundai (71 PP100) ranks third. This is the second year in a row that the three Korean brands are at the top of the overall ranking, and it is the fifth consecutive year that Kia is the highest-ranked mass market brand. Ford (83 PP100) ranks fourth and Lincoln (84 PP100) ranks fifth, marking the first time both Ford Motor Company brands place in the top five in the same year.

Land Rover is the most-improved brand, with owners reporting 37 PP100 fewer problems than in 2018. Other brands with strong improvements include Jaguar (18 PP100 improvement), and Dodge and Volvo (each with 8 PP100 improvement). This is the highest Dodge has ever ranked in the study.

Other models that rank highest in their respective segments are Dodge Challenger, Lexus RX and Mercedes-Benz CLS.

The 2019 U.S. Initial Quality Study is based on responses from 76,256 purchasers and lessees of new 2019 model-year vehicles who were surveyed after 90 days of ownership. The study is based on a 233-question battery organized into eight vehicle categories designed to provide manufacturers with information to facilitate the identification of problems and drive product improvement. The study was fielded from February through May 2019.

Find detailed information on vehicle quality, as well as model photos and specs, at jdpower.com/quality.