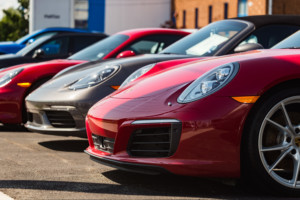 The slight decrease from Q3’s current market index of 48 was not statistically significant.

As the CADSI has consistently demonstrated, the current market sentiment skews more positive for franchised auto dealers, operations that sell both new and used vehicles, compared to independent dealers, those who focus only on used-vehicle sales.

The gap narrowed this quarter, however, as franchised dealers became less positive – decreasing from 56 in Q3 to 51 in Q4 – while independent dealers remained negative at 46, unchanged from Q3.

“The fourth quarter seems to be revealing an important turning point for dealer sentiment especially compared to this time last year when views of the future dimmed,” said Cox Automotive Chief Economist Jonathan Smoke. “Independents are more optimistic about the next 90 days, and that improvement is related to increasing used-vehicle inventory. Franchises have similar positive views of the future as they did at the end 2018. However, dealers remain concerned about the economy as well as the usual seasonal decline that impacts parts of the country more severely than others.”

When it comes to views of the future, franchised and independent dealers moved closer together in Q4. Franchised dealers’ sentiment scored 54, down from 57 in Q3, while independents’ sentiment increased from 49 to 51, an improvement that is likely driven by to growing used-vehicle inventory as well as increasing profits. The overall future index score of 51 in Q4 is better than last year and equal to Q3, signaling a better end to 2019 and sustainable opportunities expected in the used-vehicle market, according to Smoke.

For franchised dealers, the current new-vehicle sales index at 56 was down compared to last year, but slightly higher compared to last quarter. The new-vehicle sales index remains above 50 indicating a good market. Franchises also continue to see the used-vehicle sales as stronger than new. The franchised used index this quarter saw a statistically significant decrease to 66 from 73 in Q3, but the score still represents a good market. This decline is reflective a seasonal pattern as well as high incentives and discounting on new vehicles that adversely impacts nearly new used-vehicle demand.

For independents, the used-vehicles sales index in Q4 remained slightly negative at 49, the same score as last quarter and slightly above Q4 2018. Factors influencing a pessimistic view of the current market are the perception of Market Conditions, Competition and Credit Availability for Consumers.

When asked about factors holding back the business, dealers in aggregate remained fairly consistent in Q4, although Economy entered the Top 5 and pushed Expenses to the sixth spot. Market Conditions remained in the top spot as the most cited negative factor for both groups. Competition stayed in second place for both as well.

Credit Availability for Consumers and Limited Inventory are more of a concern for independent dealers, taking the third and fourth spots behind Market Conditions and Competition and ahead of Economy.

Most key measures did not see statistically significant changes from the last quarter, which indicates that the market was relatively stable over the last 90 days. The biggest change came from the used-vehicle inventory level index, which saw the largest growth and surpassed the positive threshold for the first time since Q1. Growth in used inventory levels is expected but occurred earlier than normal this year and is reflected in Manheim pricing data. [See the latest Manheim Used Vehicle Value Index for more details.]

Scores regarding dealers’ perception of both new- and used-inventory mix were consistent with last quarter. Franchised dealers consider the mix of new-vehicle inventory to be better than last quarter’s highest scoring metric, as the Current New-Vehicle Inventory Mix score increased to 73 from 72 in Q3.

Perception of Current Used-Vehicle Inventory Mix slightly increased from last quarter to 64. This is considerably lower than the Current New-Vehicle Inventory Mix score but consistent across franchised and independent dealers. Used-vehicle inventory overall moved from being perceived as declining at 47 overall in Q3 to growing at 53 in Q3.

Derived from a quarterly survey that Cox Automotive issues to a representative sample of franchised and independent auto dealers from around the country, the CADSI measures dealer perceptions of current retail auto sales and sales expectations for the next three months as “strong,” “average” or “weak.” The survey also asks dealers to rate new-car sales and used-car sales separately along with a variety of key drivers including consumer traffic. Responses are used to calculate an index by which any number over 50 indicates that more dealers view conditions as strong rather than weak. When an index is below 50, overall sentiment is negative.

Data for the Cox Automotive Dealer Sentiment Index is gathered via online surveys. The Q4 results were based on 1,073 U.S. auto dealer respondents, comprising 592 franchised dealers and 481 independents. The survey was conducted from Oct. 21 to Nov. 1, 2019. Dealer responses were weighted by dealership type and volume of sales to be representative of the national dealer population.

You can download the full results of the Q4 2019 Cox Automotive Dealer Sentiment Index here: https://www.coxautoinc.com/market-insights/cox-automotive-dealer-sentiment-index-fourth-quarter-2019/

Cox Automotive Inc. makes buying, selling, owning and using cars easier for everyone. The global company’s 34,000-plus team members and family of brands, including Autotrader®, Clutch Technologies, Dealer.com®, Dealertrack®, Kelley Blue Book®, Manheim®, NextGear Capital®, VinSolutions®, vAuto® and Xtime®, are passionate about helping millions of car shoppers, 40,000 auto dealer clients across five countries and many others throughout the automotive industry thrive for generations to come. Cox Automotive is a subsidiary of Cox Enterprises Inc., a privately-owned, Atlanta-based company with revenues exceeding $20 billion. www.coxautoinc.com