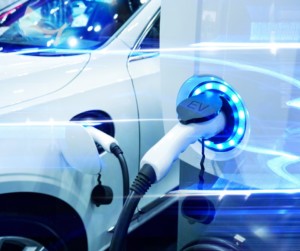 The report was designed to measure consumer interest and preferences regarding electric and alternative fuel vehicles and compare the current findings with similar research conducted in 2014.

“This report highlighted a number of changes in Americans’ sentiment towards electric vehicles over the past five years, most notably that automakers have some work to do to convert interest into action,” said Jerry Ferrara, president of IBD. 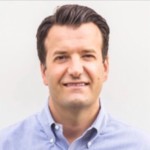 “This report highlighted a number of changes in Americans’ sentiment towards electric vehicles over the past five years, most notably that automakers have some work to do to convert interest into action.”

According to the new report, EVs make up just 1% of all vehicles on U.S. roads, a slight gain from 2014. Nearly one-quarter (23%) of U.S. drivers have expressed an interest in acquiring an electric vehicle, up from 17% five years ago.

However, topping their concerns about EVs are range and charging infrastructure, with 82% and 75% of respondents respectively calling these a critical factor. “Range anxiety is real and is fueling apprehension about making an EV purchase,” said Ferrara.

Consumers have become less price sensitive, however, with fewer than half citing the extra cost of an electric vehicle as important in their purchase decision, compared with 57% in 2014, potentially attributable to a greater understanding of the cost-saving benefits of EVs.

When asked specifically about a lack of interest in EVs, limited range again topped the list, followed by the physical makeup and size, a concern which grew from 12% to 15%, mirroring today’s increased sales of larger vehicles.

The survey revealed a detailed wish list for the ideal EV automobile: It would offer more than 270 miles of range, require two or less hours to charge and cost no more than $30,000. As of now, no vehicles meet this standard.

Growth Potential Largest in Midwest, And Among Younger Consumers

Currently, the Midwest boasts the largest share of alternative fuel vehicle owners of any region in the U.S, at 18%. And, one in five drivers there expressed interest in acquiring an EV, up seven points over the past five years. That could be related to the fact that these drivers are less concerned with range. Only 13% cited limited range as a reason for their lack of interest, compared with 20% of Westerners, 16% of Northeasterners and 14% of Southerners.

And, as might be expected, drivers ages 18 to 24 are the most enthusiastic about EVs, with 42% expressing interest in acquiring one. They are most swayed by the environmental aspects, with 81% citing it as a critical factor in their EV purchase decision, up from 72% five years ago. They are also the group least likely to experience “range anxiety,” with only 61% ranking “distance on a single charge” as a very important factor in their decision to purchase an electric vehicle, down from 73% in 2014.

The study found that the number of U.S. drivers interested in a vehicle that runs on any type of alternative fuel—including gas-electric hybrids, flex fuel, diesel and natural gas— jumped to 60%, up seven percentage points from 2014.

Most notably, natural gas vehicles have been adopted at a faster rate than any other type of alternative fuel vehicle, growing from 1% to 5% between 2014 and 2019.

The IBD/TIPP Electric Vehicle Outlook Study, conducted with TechnoMetrica, is based on 854 nationwide telephone interviews with adult American drivers from April 26 to May 5, 2019. The margin of error for the sample at the 95% Confidence level is +/- 3.3 percentage points. In 2014, live telephone surveys were conducted with 788 U.S. adult drivers from February 22 to February 26, 2014. The sample’s margin of error was +/- 3.4 percentage points, at the 95% confidence level. In both studies, two-thirds of the interviews came from a cell phone sample of registered voters, while the remaining one-third came from landlines. TIPP is the polling arm of TechnoMetrica.

Investor’s Business Daily (IBD) is a leading financial news and research organization recognized for proprietary stock screens, comparative performance ratings and a record of identifying stock leaders as they emerge. The company takes a data-first approach to investing, educating investors about how to invest successfully using tested methods and sound research. IBD has honed its approach over the last 50 years to help investors make smarter decisions. Its stock lists have outperformed the S&P, and its presidential poll, the most accurate over the past four election cycles, was one of only two national polls to accurately predict the outcome of the 2016 Presidential Election. IBD offers a number of interactive stock research tools and provides information for investors of every level. To learn more about all that IBD has available, please visit www.investors.com.