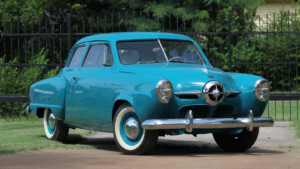 Some of my most cherished memories growing up were the cross-country automobile trips we took from California to Michigan and New York in the summers.

My dad, a research food bacteriologist, consulted with major food processors and made sure the massive cookers that processed canned green beans and the like were working fine and the product was safe. He combined vacation time and travel expense money for these jaunts which started in the mid-1950s and continued into the mid-1960s. 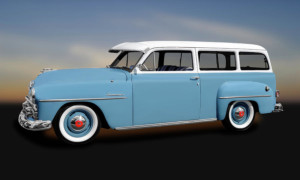 The actual travel time was about five or six days going each way and the total vacation time, probably added up to about a month’s time. The cars performed flawlessly and mechanical gremlins were rare. This was before satellite radio or tape decks, so radio reception was pretty spotty and not worth bothering with.

This also was before GPS so the navigators had to contend with an armful of road maps.

To a car-crazy youngster, getting to check out the other vehicles around us was an added bonus. It was part of my automotive education.

When we would cross through Canada from Michigan to New York, it was a special treat to see Canadian cars, American-made but sporting distinctive trim badges, tailfins and different grilles. It was a shock to see some cars on the East Coast with pronounced rust on their doors and quarter panels. 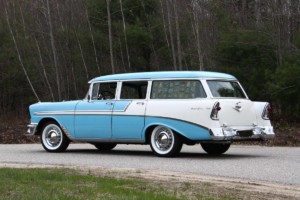 By this time the interstate highway system was mostly developed, although I don’t remember very many sprawling travel centers or truck stops at the exit ramps back then.

Some of the time was spent on two-lane roads, like U.S. Highway 50, but most of it was on four-lane highways. Getting stuck behind a slow-moving truck for long stretches wasn’t much fun and now and then we’d be stopped while construction workers were paving one of the travel lanes.

Generally the cross-country trips included stops at history museums and old forts – which I found boring – and exploring downtown shopping areas which was exciting. This was before five-story Hilton hotel-motels; we stayed in the single-story Mom and Pop motels, most often under the Best Western banner. They were basic without many frills but comfortable.

On some of our earlier, 1950s trips, we would occasionally stay in smaller tourist cabins which had their own attached garages. In the traditional motels which seem to be gradually vanishing from the scene now there might be a playground where a restless youngster could burn off that last burst of energy for the day.

Sometimes, after dinner, my folks would cruise through the town we were staying in and I was delighted at the neon lights and the well-lighted used car lots that dotted the main thoroughfare.

Often our mid-day lunch took place in a downtown cafe with jukeboxes, tabletop Seeburg record selectors and fresh hamburgers with slices of onions. That’s where I first heard the Everly Brothers belting out their now-famous tunes. There weren’t very many chain restaurants like Denny’s back in those days. 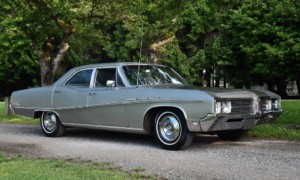 It was fun to browse in Rexall drugstores, Woolworth’s department stores and the ultimate prize was to check out toy stores or hobby shops, maybe leaving with another scale model car.

Typically we only drove during the day and stopped before it got dark. I remember crossing the Western deserts was tedious but being able to follow a parallel railroad track and see a train now and then would keep me motivated for hours.

To my parents’ amusement, I often would complain that all I saw was just scenery. 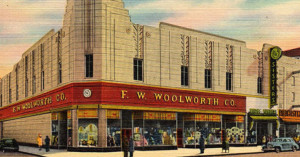 This was before auto air conditioning, but I don’t remember conditions being all that insufferable. For a while we had a portable cooler that hung outside the passenger window. It generally was a blessing except when it sprayed ice-cold water on my mother.

San Jose, where I grew up, seemed like a small town back then. It didn’t have that many skyscrapers as I recall, so going through the big Eastern cities with their massive office towers was an eye-opener.

In the eastern states, riding on a turnpike or toll road was a novelty. I can’t remember how much we chunked into the bins at the turnpike entrances and exits but it can’t have been much.

It certainly was fun briefly connecting with aunts, uncles, a cousin and my grandparents but the trip (even the scenery) and bonding with my parents was part of a rolling, memorable adventure from many years ago. 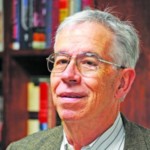 Doane Yawger of Merced is a semi-retired newspaper reporter and editor who continues to write for publications including the Merced County Times. As the author of the Motor Musings column, Doane Yawger provides readers with an inside perspective on everything automotive.