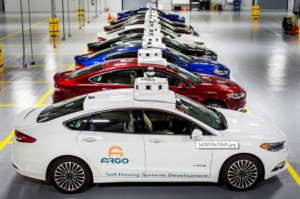 Volkswagen AG has agreed to invest around $2.6 billion in Ford Motor Co.’s autonomous-vehicle partner, Argo AI, in a deal that values the startup at $7 billion, according to people familiar with the matter.

Ford has been the majority shareholder of Pittsburgh-based Argo since early 2017, when it agreed to invest $1 billion.

Under the agreement with Volkswagen, Argo would develop autonomous-driving technology for VW and eventually supply systems for commercial use, while continuing its development work with Ford, the people said.