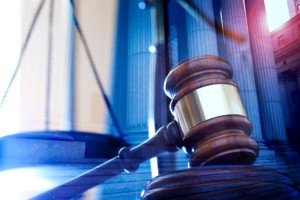 A Louisiana district court has awarded a $7.2 million verdict for the tire explosion death of a Plaquemines Parish, Louisiana, man. The jury found that Goodyear Tire & Rubber failed to provide adequate warning about both the existence and cause of sidewall zipper failures with its G182 tire.

Kaster Lynch Farrar & Ball trial lawyers presented evidence showing that the tire company’s warnings about zipper failure were misleading about the circumstances in which a tire could rupture. In addition, the warnings were never relayed to employees of the Solid Waste North Department of the Plaquemines Parish Government. They were unaware of explosion risks for tires on the fleet of garbage trucks, according to court testimony.

On Feb. 5, 2014, Elwood Breaux Jr. and a co-worker were inflating a G182 tire after noticing that the tire pressure was low. Mr. Breaux was holding the tire upright when the sidewall ruptured. The force of the air escaping from the tire threw him backward, and he sustained serious internal injuries to his chest and abdomen. Mr. Breaux never left the hospital and died from his injuries 28 days later.

The January 2019 trial lasted two weeks. In his Sept. 10, 2019, ruling, Judge Michael Clement ruled that Goodyear had not carried out its duty to warn Mr. Breaux and co-workers about the tires’ dangers and how to avoid being injured. Judge Clement awarded $6.73 million for Mr. Breaux’s six children and his wife, with an additional $481,075 going to the parish, which had intervened in the lawsuit to recoup costs associated with the tragedy.

Based in Ocala, Fla., and Houston, Texas, the trial lawyers at Kaster Lynch Farrar & Ball, LLP have hard-earned expertise in cases against global tire manufacturers over tire defects that can cause vehicles to lose control and roll over, often at highway speeds and without warning. The firm is a nationwide leader in securing verdicts and settlements against the world’s largest tire manufacturers. This year alone, the firm has secured three 8-figure verdicts against three different tire companies and recovered confidential settlements totaling a multiple of those verdicts against other tire and vehicle manufacturers. For more information, visit TheTireLawyers.com.