“As the car and light truck population climbed 14% across the U.S. between 2010 and 2020, the mix of light vehicles in operation (VIO) was undergoing even greater changes.

“While the domestic light truck VIO increased, the domestic car count plunged. At the same time, foreign nameplates soared by more than 47 million, and the number of domestic light vehicles imploded. All this has significant consequences for the U.S. aftermarket today and for many years to come.” 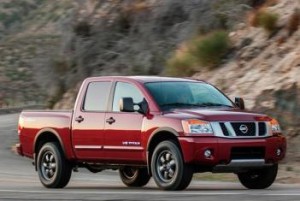 Light trucks (pickups, vans, SUVs, and CUVs) constituted 51% of total light vehicles in the U.S. at mid-year 2010. Over the next five years, the light truck share rapidly climbed, reaching 53% of the VIO by mid-year 2015.

While there were significant changes in the car and light truck mix between 2005 and 2020, the shift between foreign and domestic nameplates was even greater.

There were approximately 121 million cars in the U.S. at mid-year 2010, compared to 127 million light trucks.

At mid-year 2015, there were only 2 million more cars than  years earlier, while the light truck population soared by 10 million between 2010 and 2015. By 2020, the light truck VIO had reached 157 million compared to only 125 million passenger cars.

From 2010 to 2020, the domestic vehicle nameplate population in the U.S. fell by 13 million. At the same time, the foreign nameplate count surged by 47 million, a 60 million vehicle growth spread.

Foreign nameplates generated all of the light vehicle population growth between 2010 and 2020.

NOTE: Special thanks to publisher Jim Lang for granting us permission to publish the Lang Aftermarket iReport.