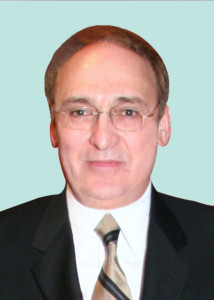 “Just 25 years ago, the Detroit Three (then heralded as the Big Three) dominated the new vehicle market in the U.S., with a 75% sales share. All that has changed. The Detroit Three accounted for only 45% of 2018 new vehicle volume, and there are strong indications that U.S. nameplate sales share will sink even further in the next few years.

“Nameplate changes in the new vehicle market and the subsequent reshaping of the nameplate mix of vehicles in operation have significant implications for the aftermarket.”

The Detroit Three captured 75% to 78% of new car volume each year between 1975 and 1995. Despite some ups and downs, the strength of the Detroit Three (GM, Ford, and Chrysler) remained relatively stable.

The Detroit Three lost over one-quarter of its market share between 1995 and 2005, plunging from 75% to 56% of new car and light truck volume.

This downturn continued, with another one-fifth plunge in the Detroit Three’s market strength (from 57% to 45%) over the next five years.

Foreign nameplates have averaged a dominant 55% of new car and light truck volume in the U.S. during the past seven years, while the Detroit Three plateaued at only 45% of the new light vehicle market.

Their sales fell by a total of tens of millions of vehicles between 1995 and 2018 as a result of their sinking share. In 2018 alone, the Detroit Three sold a total of 7.7 million light vehicles, 3.7 million fewer than during 2000 when the new vehicle market was virtually the same size as last year.

The dramatic nameplate shift in the new vehicle market and the resulting change in the nameplate mix of vehicles in operation (VIO) has had a significant impact on aftermarket product volume.

Two decisions by the Detroit Three will further trim their market share during the next four years (2020 through 2023).

First, Ford, GM and Chrysler are virtually abandoning the passenger car market, with the Detroit Three cutting the number of car models they sell more than 80% by 2021.

With passenger cars representing approximately one-third of 2019 light vehicle sales in the U.S. and hybrids projected to represent a majority of electric vehicle sales in 2023, the abrupt shifts in the Detroit Three’s manufacturing mix could push their combine share of the new vehicle market to below 40% by 2023.

NOTE: Special thanks to publisher Jim Lang for granting us permission to publish the Lang Aftermarket iReport.