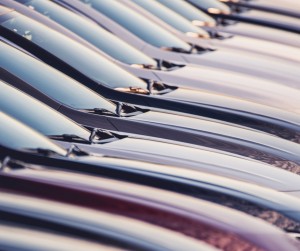 TROY, Mich.–(BUSINESS WIRE)- According to J.D. Power, vehicle sales in August are expected to be down from a year ago, according to a joint forecast developed jointly by J.D. Power and LMC Automotive.

Reporting the same numbers without controlling for the number of selling days translates to a decrease of 16.8% from a year ago.

While the decline vs. August 2019 is substantial, it’s important to recognize that it is primarily due to the industry sales reporting calendar.

August 2020 contains two fewer selling days than August 2019 and has reduced benefit from promotional activity related to the Labor Day weekend, which is after the August sales close.

Thomas King, president of the data and analytics division at J.D. Power:

“Given the ongoing disruption that COVID-19 has on the industry, the fact that retail sales of new vehicles are only 4% below the pre-virus forecast is evidence of strong consumer demand for vehicles. The modest decline also is a result of significant inventory constraints. These constraints are directly curtailing sales where vehicles are not simply available and are creating follow-on effects that are affecting overall volumes. Specifically, the constraints mean that manufacturers are reducing vehicle incentives while dealerships are reducing the discounts off MSRP that they have historically needed to offer.”

While inventory levels are low, newly produced vehicles are arriving at dealerships daily and are selling quickly with lower discounts. Nearly 45% of all vehicles sold in August will spend fewer than 20 days on dealer lots, up from 35% last year. This is helping retailers to post significant growth in margins on new-vehicle sales. Total grosses per unit, inclusive of finance and insurance incomes, are on pace to reach $2,064, an increase of $759 from last year.

Incentive spending is also expected to fall to the lowest level since July 2019. Spending is on pace to reach $4,105, a decrease of $49 from last year and a decrease of $848 from the peak spending levels in April 2020. This month also represents the first time the industry will post a year-over-year decline in 16 months. Spending on cars is expected to be up $22 to $3,709, with trucks and SUVs down $99 to $4,226. Reporting spending expressed as a percentage of the average vehicle MSRP is 10%, down 0.5 percentage points from last year.

For the fifth consecutive month, trucks/SUVs are on pace to account for more than three-fourths of retail sales. The continued shift towards more expensive trucks/SUVs continues to support record transaction prices in August. Transaction prices are expected to rise 7.0% to $35,420, the highest level ever for any month. Lower interest rates are helping to mitigate some of the increases in overall prices, as the average interest rate for loans in August is 4.5%, down 100 basis points from a year ago. Over the same time, the average monthly finance payment is up only $19 to $584, while the average finance term length is up only one month to 70 months.

Consumers are expected to spend $41.6 billion on new vehicles in August, a decline from a year ago but the highest level since December 2019. This represents a decline of $5.1 billion or 10.9%.

Looking ahead to September, a quirk in the calendar may provide some additional benefit to sales for the month. The Labor Day weekend, a period with heavy sales promotion activity, occurs one week later than it typically falls in the month. “The unusual gap between the August close and Labor Day weekend means there is the potential for higher-than-average promotional activity and, therefore, stronger sales,” King said. “Consumer demand coupled with any inventory improvement could help the industry take another step forward in the recovery.”

1Figures cited for August 2020 are forecasted based on the first 19 selling days of the month.

“The global auto sales recovery is accelerating. Strong wholesale demand in China—up 13.4% from July 2019—is leading the way. Overall, light-vehicle demand was down just 4.6%, helped further by a nearly flat European market that was down just 0.3%. The United States, Canada, Japan and India showed marked improvement, remaining well off the April trough. Wild cards for the remainder of the year include the U.S. presidential election, financial stimulus programs and any specific vehicle purchase incentives, so uncertainty is still at an elevated level.

“Global light-vehicle sales YTD through July are down 24% from the same period in 2019, an improvement of 3 percentage points from last month. Given the stronger-than-expected performance in July and mounting widespread recovery prospects, the global outlook for 2020 has again been increased to nearly 75 million units. This brings the decline from 2019 to just 17% compared with an expected 26% decline that was projected back in April.”