The seasonally adjusted annualized rate (SAAR) for retail sales is expected to be 13.0 million units, down 400,000 from a year ago.

New vehicle total sales in Q1 are projected to reach 3,952,100 units, a 2.5% decrease compared to the first quarter of last year. 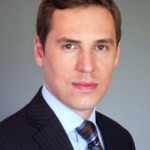 “This is the first time in six years that Q1 sales will fall short of 3 million units. While the volume story could be better, there is remarkable growth in transaction prices, with records being set monthly. New-vehicle prices are on pace to reach $33,319 in Q1—the highest ever for the first quarter—and it’s more than $1,000 higher than last year.”

The combination of lower volumes and higher prices means that consumer expenditures on new vehicles will be down only 3%. The rise in transaction prices reflects a combination of factors and is being accelerated by the severe contraction of industry sales at lower price points. For example, retail sales of vehicles under $25,000 are expected to be down 12% in Q1 compared with 5% overall.  Also assisting higher prices is continued incentive discipline. Spending-to-date in Q1 is $3,821 per unit, down $119 from the same time last year. Spending on cars is down $333 to $3,627, while spending on trucks/SUVs is down $27 to $3,903.

“As manufacturers look towards the rest of the year, the direction from the U.S. Federal Reserve to keep rates stable in 2019 will help alleviate concerns over vehicle affordability,” King said. “While the first quarter has exhibited more weakness than expected, there is still enough time to recover some of the lost volume.” Last year, sales during the first quarter were down nearly 3%, while sales during the remainder of the year were down only 2%. Recovery of that volume is key, because the slow start to the year has resulted in increased inventory levels. Without a recovery, the industry will be faced with the tough choice of either increasing incentive levels or cutting production.

Outlook for the Year 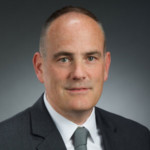 “U.S. auto sales are off to a weaker-than-expected start as weather, mixed economic data and lower tax refunds affect Q1 performance. In addition, both domestic and import brands face mounting pressure from the Trump administration to manufacture in America. This pressure has accelerated some planned investment announcements and is already affecting trade negotiations with the EU and Japan, resulting in tariff and brand performance turbulence as the spring selling season begins.”