I just couldn’t resist. It was just the detective in me.

“Yes, I will take a look at it,” I said to a new customer when she said her car would stall but only occasionally.

Why would I do such a thing? Because I’m built like many of you – like a detective – intrigued by vehicles that are tough to diagnose, especially when our customers say, “I’ve had it to other shops, but it still does it.”

Well, this car had been to other shops, and my new customer was frustrated, but also afraid to drive her own car.

See what I mean? It’s an irresistible situation.

Detective Manley to The Rescue

I forewarned my customer that I’d first try to duplicate her concern, then I’d begin diagnosing. Obviously with such a tough case to crack, I’d need time and patience to have a shot at solving it. After driving and using what seemed like a quarter-tank of gas, the car – a 1997 Toyota Camry with a 2.2-liter engine – did not die. With no trouble codes pending, I monitored data stream with my finger on the “snapshot” trigger in case I needed to freeze the moment. Over lunch, I scoured my information sources and created a hierarchy of suspects to be on the lookout for. I drove the Camry to and from work for a couple of days, hoping to catch the suspect in the act.

The usual suspects were identified. They involved the EGR system: Vacuum-switching valves, vacuum modulators, EGR valves, and clogged/debris-ridden EGR passages. However, I’d yet to experience stalling. Hungry to nail down the perpetrator, I decided to break from protocol and investigate our high probability offenders. I performed repeated testing on the vacuum switching and EGR valves, hoping to get them to crack, but had no luck. I carefully scrutinized the throttle body, then performed a cleaning. Over a couple of days driving to and from work, the Camry did not act up.

At this point, I figured it was just time for this car to act up for me. Odds were in my favor, so I installed a fuel pressure gauge and monitored the voltage at the fuel pump (figure 1). I also monitored spark on two cylinders using inexpensive inline spark testers (figure 2). 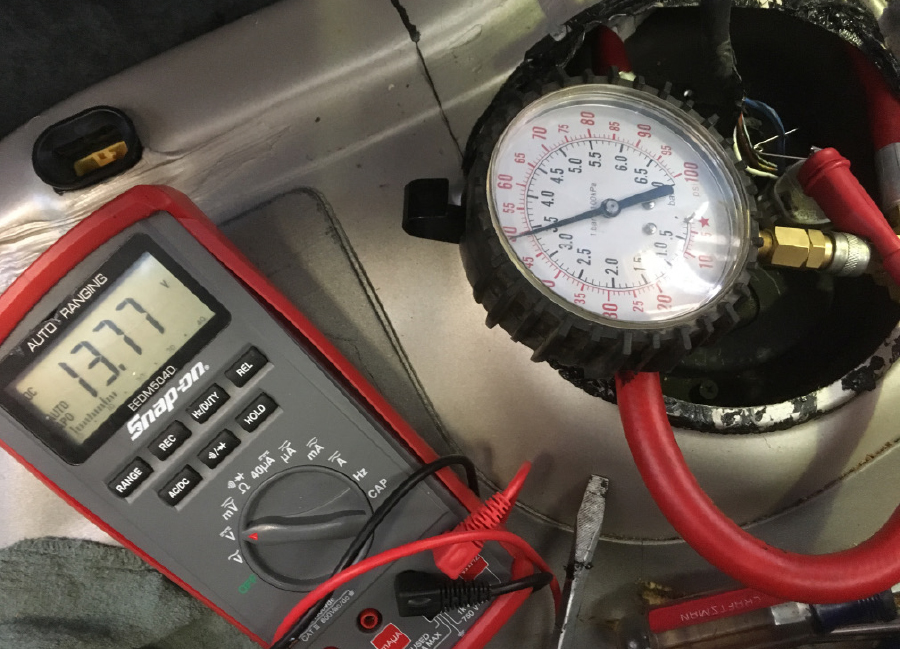 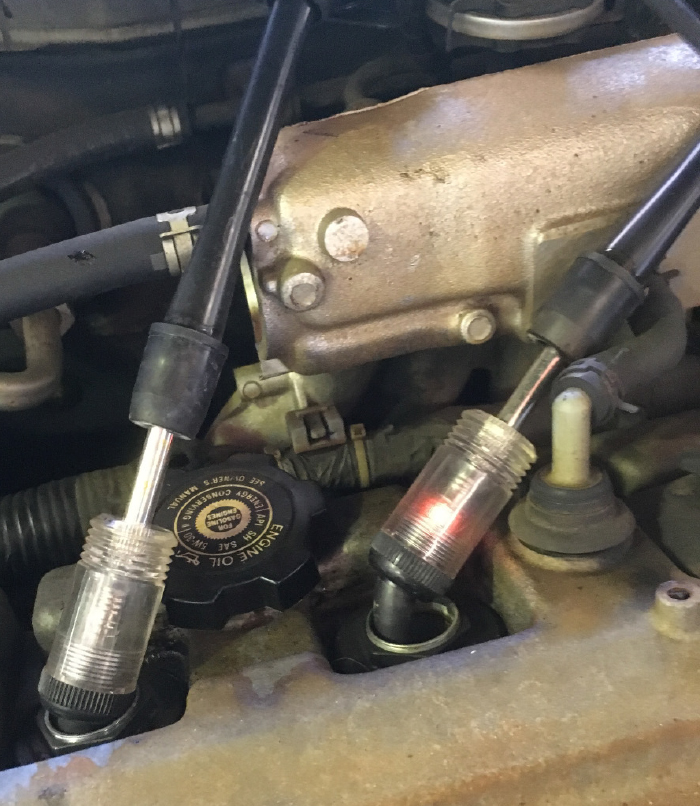 We’ve all done this dozens – or even hundreds – of times. We finally catch our suspect in the act, and we can nail the system down immediately by what we don’t have on our test equipment, right? Well, the car finally began running rough, and then it stalled. I was excited! I jumped into the driver’s seat and cranked the engine, but to my dismay, there was always spark, fuel pump pressure and voltage while the engine was cranking, but not starting. Darn it! After a few seconds of cranking, the engine fired back up and began running for a good long time again.

One thing I neglected to do was have my finger on the snapshot trigger when this happened, but I would not be caught unarmed the next time, which happened a short time later. The next time the engine stumbled, I hit the trigger and took a freeze frame. 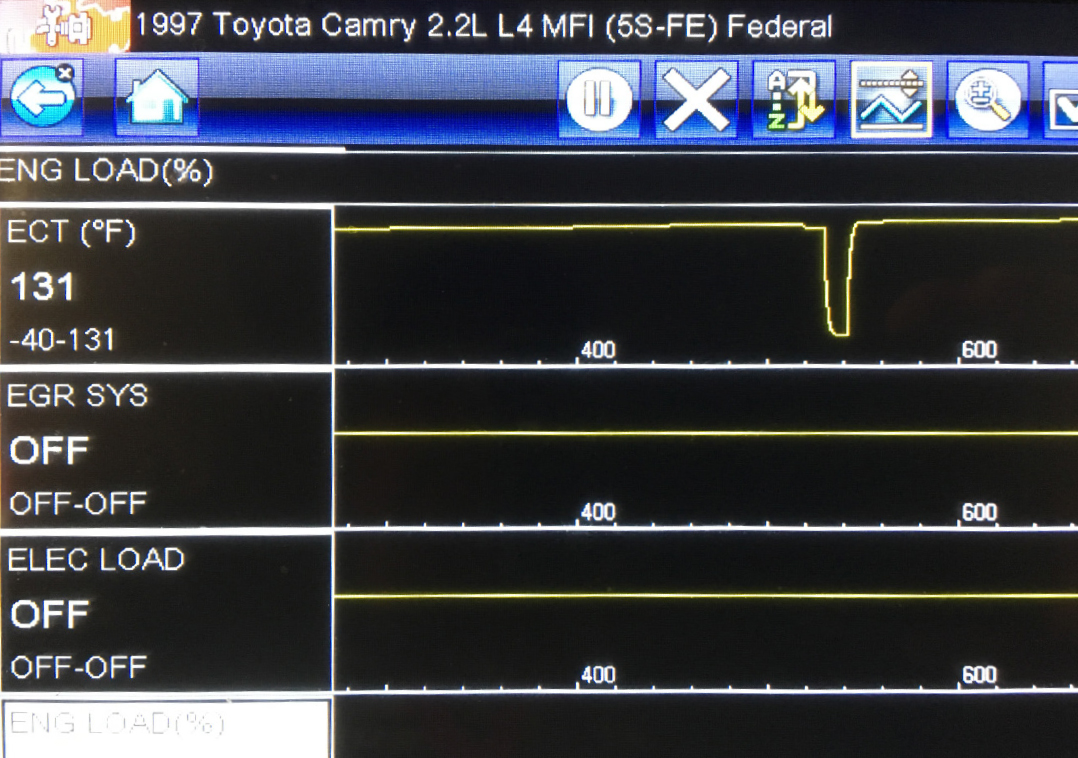 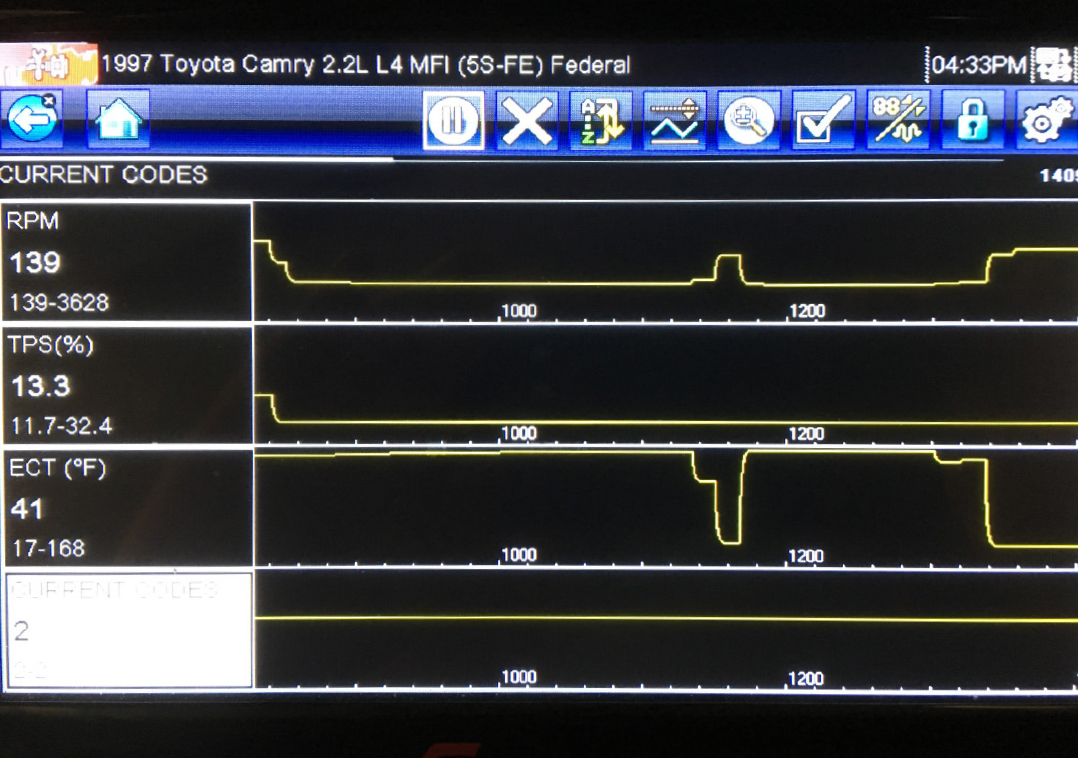 Figure 3 shows the one suspect that I could identify as the culprit: The ECT sensor! Notice the telltale “open” temperature – albeit briefly – of -40 degrees F.

I then monitored the ECT near the RPM to see if there was a direct correlation, and figure 4 shows the result, except this time, the RPM flared-up, then stumbled to near-dying, and then recovered. I was truly on to something here! 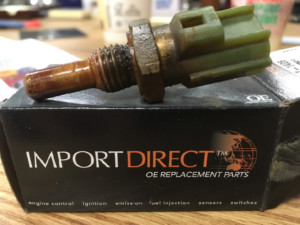 With this new information in hand, I released the pursuit of the other usual suspects, but while I was in my information source, I noticed some hits for a defective coolant temp sensor causing intermittent dying issues. I replaced the ECT sensor and never had another infraction (figure 5).

To my mind, I don’t think about an ECT as the probable culprit when discussing engine stalling. EGR system issues, dirty throttle bodies, worn-out fuel pumps, degraded relays, ignition modules all hit the top of my list (in my experience). However, I believe I need to move ECT onto my “Top 10 Most Wanted” when considering items affecting engine stalling.

How often have you experienced an ECT having enough authority to make an engine stall?