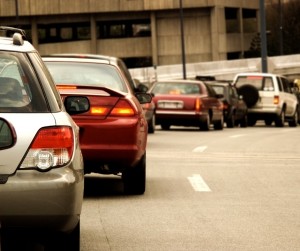 The report found that on average, Americans lost 99 hours a year due to congestion, costing them nearly $88 billion in 2019, an average of $1,377 per year. From 2017 to 2019 the average time lost by American drivers has increased by two hours as economic and urban growth continue nationally.

While known historically for its congestion, Los Angeles’ (ranked sixth in congestion; 103 hours lost in 2019) constant gridlock does not have the severity as the other top-ranked cities due to its sprawling geography and massive road network. On the other hand, Wichita, Kansas, for the second year in a row, had the lowest congestion levels in the U.S. with drivers losing less than two hours a year.

“Congestion costs Americans billions of dollars each year. However, it appears to be stabilizing in some of the country’s most congested metros – with delays raising roughly three percent nationwide since 2017,” said Trevor Reed, transportation analyst at INRIX. “The continued innovation and investment in smarter roadway management is showing early signs of progress. To reflect an increasingly diverse mobility landscape, the 2019 Global Traffic Scorecard includes both public transport and biking metrics for the first time.”

Table 1: 10 Most Congested Urban Areas in the U.S. 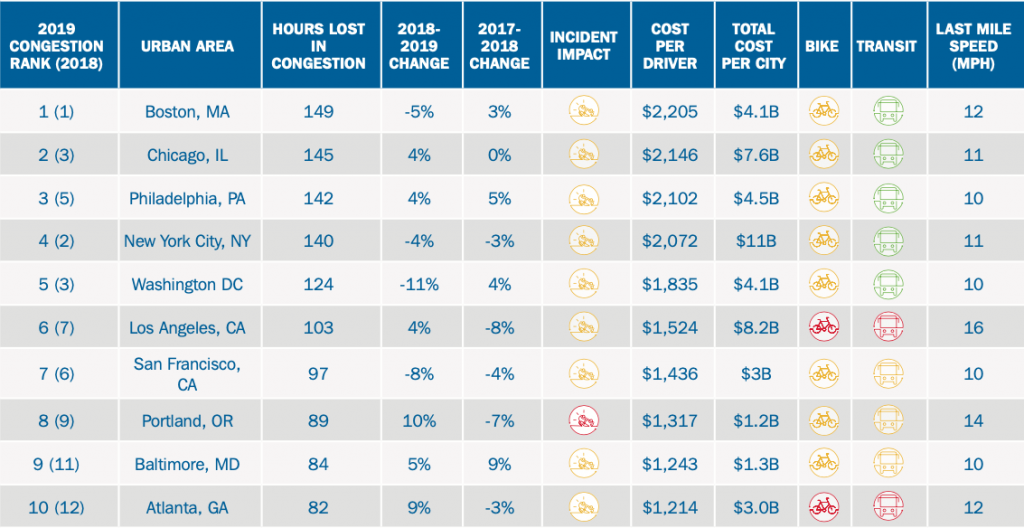 The Most Congested Corridors in the U.S.

Los Angeles holds the top two worst corridors in the U.S., where drivers on the US-101 and I-5 waste 80 and 76 hours per year at peak hours in congestion, respectively. In each case, the corridor uniquely serves a large geographic area with limited alternatives. In the case of US-101, it cuts through the Hollywood Hills, while I-5 runs diagonally into the downtown core across numerous other highways.

The list of corridors is dominated by the Top 5 most congested cities in the U.S., accounting for seven of the 10 worst. Surprisingly, Tampa Bay’s I-275 comes in at number nine, despite Tampa’s absence on the Top 25 Most Congested Cities list. 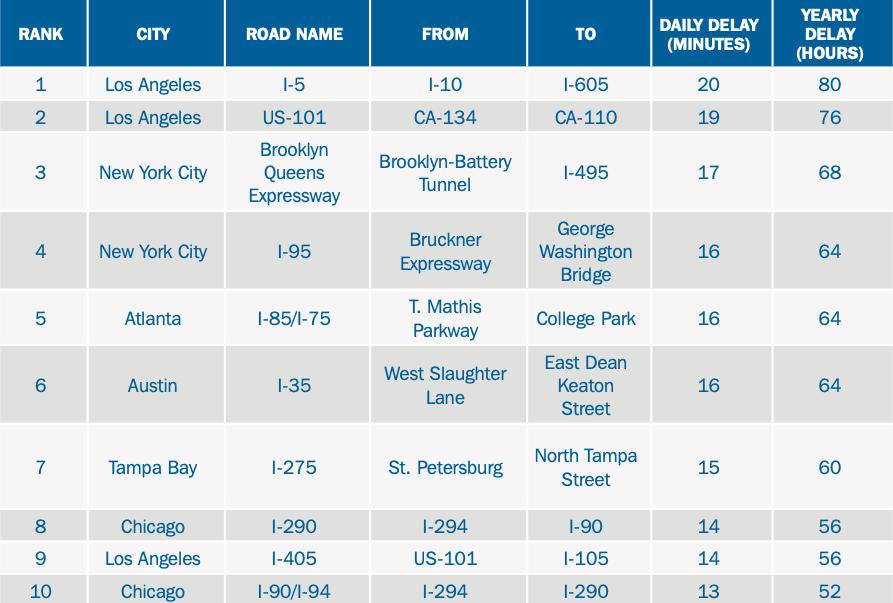 At the global level, Bogota topped the list of the cities most impacted by traffic congestion with drivers losing 191 hours a year to congestion followed by Rio de Janeiro (190 hours), Mexico City (158 hours) and Istanbul (150 hours). Latin American and European cities again dominated the Top 10, highlighting the rapid urbanization occurring in Latin America and cities ill-suited to automobile use in Europe.

Access to reliable data is the first step in tackling congestion. Applying big data to create intelligent transportation systems is key to solving urban mobility problems. INRIX data and analytics on traffic, parking and population movement help city planners and engineers make data-based decisions to prioritize spending in order to maximize benefits and reduce costs now and for the future.

The key findings of the INRIX 2019 Global Traffic Scorecard provide a quantifiable benchmark for governments and cities across the world to measure progress to improve urban mobility and track the impact of spending on smart city initiatives.
Data Sources

INRIX fuses anonymous data from diverse datasets – such as phones, cars, trucks and cities – that leads to robust and accurate insights. The data used in the 2019 Global Traffic Scorecard is the congested or uncongested status of every segment of road for every minute of the day, as used by millions of drivers around the world that rely on INRIX-based traffic services.

The INRIX 2019 Global Traffic Scorecard builds on the 2018 Scorecard by identifying multiple commute areas within cities, capturing each city’s own unique mobility profile. Furthermore, the 2019 Scorecard analyses travel times between modes and the impact of incidents on congestion within a city. From this multifaceted approach, a holistic understanding is achievable in an increasingly complex landscape.

The INRIX 2019 Global Traffic Scorecard calculates time lost in congestion by employing peak, off-peak and free flow data to multiple commute sub areas within a city. Peak corresponds to the absolute worst portion of the morning and afternoon commute. Off-peak is the low point between the peak periods. Commute sub areas are identified based upon the concentration of trips concluding within a defined area. An economic analysis was performed to estimate the total cost to the average driver in a city, and a total cost to the city population. Worst corridors are limited to those that have the highest traffic volume and are ranked by the average hours of delay per driver in 2019. Additional metrics are available online and in the full report.

INRIX is the global leader in connected car services and mobility analytics. We use data and insights to help our customers make mobility smarter, safer, and more efficient. With the ability to offer transportation services on every road in the world, we are the preferred provider of mobility intelligence for leading automakers, transport agencies and businesses. Learn more at INRIX.com.