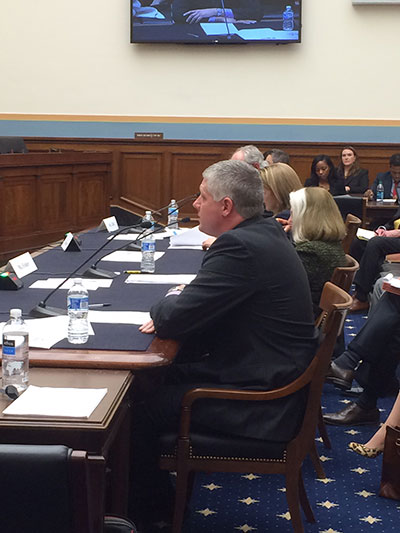 On Feb. 2, Dan Risley, president and executive director of the Automotive Service Association testified on behalf of the automotive repair industry. He spoke before the U.S. House Subcommittee on Courts, Intellectual Property and the Internet, which is under the House’s Judiciary Committee.

Risley’s testimony was prompted by House Resolution 1057, the Promoting Automotive Repair, Trade and Sales (PARTS) Act. This act would limit the term of protection for patented designs of automotive repair parts used to restore automobiles.

During the hearing, members addressed the costs and benefits of the current time restrictions on design patents for collision car parts. The main point of contention rested on the protection of intellectual property vs. the perceived need for increased competition within the replacement parts marketplace.

“A free and open marketplace does not entail enacting a law that states an aftermarket part is equal to an OEM part,” Risley said after the hearing, summing up his message to the House panel. “This should be decided by the party making the purchase.”

For additional information about the PARTS Act, you can read the proposed legislation in its entirety at ASA’s legislative website: TakingTheHill.com.