This growth can be attributed to the increasing demand for active safety features such as adaptive cruise control, blind spot detection, and automatic parking system, among others. 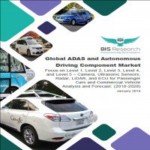 The rising number of road accidents has resulted in an increase in regulations by authorities about the safety of both the passengers and the pedestrians. These guidelines have led to a rise in the demand for the driver assistance feature for passenger cars and commercial vehicles. In addition to this, constantly evolving consumer preferences towards better driving experience and driver assist applications has succeeded in boosting the overall demand for ADAS and autonomous vehicles.

An evident surge is expected to occur in the number of vehicles, with automated features such as adaptive cruise control, parking assistance, lane departure warning, traffic jam assist, automated emergency braking, and blind spot detection. These automated features, when combined with telematics and connected car features is expected to lead to the development of fully autonomous or human independent vehicles.

According to our analyst Eshan Hira, “Electronic control unit (ECU) is currentlydominating the ADAS and autonomous driving component market and is anticipated tomaintain its dominance throughout the forecast period. This is mainly due to the higher costof ECU as compared to other components such as cameras, ultrasonic sensors, and radar.Additionally, the growing number of sensors and electronic components is anticipated toboost the demand for ECU. Moreover, due to the efficient performance and mandatoryusage of LiDARs in Level 3 or higher autonomous vehicles, the LiDAR market is expected togrow at the highest pace when compared with other components. Geographically, the regionof North America is currently dominating the market for ADAS and autonomous drivingcomponents. However, the APAC region is expected to witness the highest growth rateduring the forecast period (2018-2028) as compared to North America and Europe, owing tovarious factors such as growth in the demand for high-end passenger cars, stringentgovernment rules and regulations regarding driver safety.“ 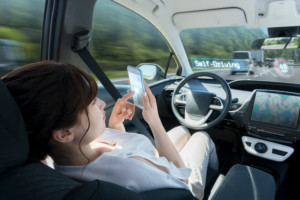 The market numbers play an important role in the industry, following which a proper market sizing and estimation by component, level of autonomy, vehicle type, and geographical location have been undertaken. The report has skillfully identified the potential for further development in the form of product developments & launches and business expansion, among others. The report includes a separate section on detailed competitive landscape. The recent activities by the key players in this market have also been tracked in the form of company profiles.

The market report provides a detailed analysis of the recent trends influencing the market, along with a comprehensive study of the future trends and developments. It also includes a competitive analysis of the leading players in the industry, including corporate overview, financials, financial summary and SWOT analysis. The overall market has been segmented by component, level of autonomy, and vehicle type. The report also includes a comprehensive section on the geographical analysis which has been sub-segmented into four major regions, namely, North America, Europe, Asia-Pacific and Rest-of-the-World (RoW).

Key questions answered in the report:

What is ADAS and autonomous driving?

How big is the ADAS and autonomous driving component market in terms of revenue and what is the CAGR (2018-2028)?

What is the revenue generated by the different levels of autonomy such as level 1, 2, 3, 4, and 5?

What is the revenue generated by the different vehicle type such as passenger cars, and commercial vehicle?

What is the revenue generated by the different ADAS and autonomous driving component such as camera, ultrasonic sensors, radar, LiDAR, and ECU?

What is the revenue generated by the different regions such as North America, Europe, Asia-Pacific, and the Rest-of-the-World (RoW)?

Which are the key companies operating in the ADAS and autonomous driving component market?

Which global factors would impact the ADAS and autonomous driving component market?

What are the key market strategies adopted by the ADAS and autonomous driving component market players?

BIS Research is a global B2B market intelligence and advisory firm focusing on those emerging technological trends which are likely to disrupt the dynamics of the market.

What distinguishes BIS Research from the rest of the players is that we don’t simply provide data but also complement it with valuable insights and actionable inputs for the success of our clients.