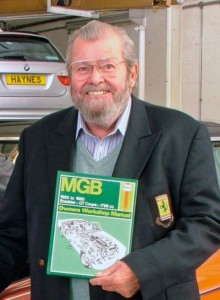 John Haynes started the firm which went on to sell 200 million manuals.

The founder of the Haynes motor manuals – known for their distinctive “exploding” diagrams – has died at age 80.

John Haynes started the firm after helping fix an Austin Healey Sprite and realising the official manual was “not designed to help an average car owner”.

His manual was published in 1966 and later books for cars went on to sell more than 200 million copies.

A statement from the company he founded described him as a “true gentleman”.

Mr. Haynes, who was born in Sri Lanka, also founded the International Motor Museum in Somerset, where the main book publishing business is also based.

He moved to the UK when he was 12 and went to school in Kent before joining the RAF, where he met his wife Annette.

It was during his time with the RAF that he hit upon his idea for motoring manuals. 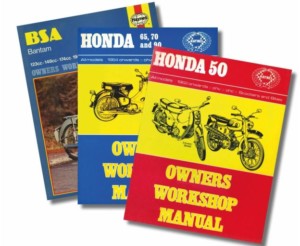 The initial run of 3,000 copies of his Austin manual sold out in less than three months.

He was also awarded an OBE for services to publishing in 2005.

A statement from the company he founded said Mr. Haynes was a “true gentleman, and a kind and considerate man”.

“John will be greatly missed not only by his family, friends and colleagues but also by the many people that use his manuals,” it added.

Eddie Bell, the chairman of Haynes, said: “John founded the Haynes Group in 1960 and served as group chairman until 2010.

“John will be warmly remembered by all at Haynes. We send our deepest sympathies to his family at this time.”