Everything we know, what's next... 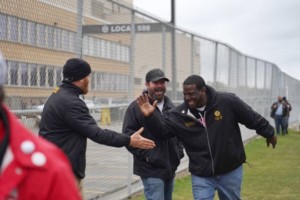 By The Detroit Free Press

Details of the UAW’s proposed tentative agreement with General Motors are scarce at the moment, but the Free Press will update as information becomes available.

The agreement will include pay raises, a ratification bonus of more than $8,000, promises by GM to invest several billion in U.S. factories over the next four years, a path for temporary workers to become permanent and other elements.

GM had said during the strike that it had agreed to not increase workers’ health care costs, locking in some of the best health benefits in the nation.