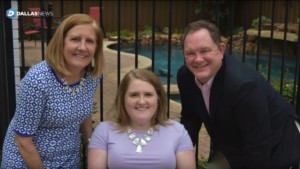 DALLAS, Feb. 14, 2019 /PRNewswire/ — A jury has awarded $37.6 million to a Dallas woman who was left paralyzed from injuries caused by a poorly designed seat belt system in a Honda minivan that rolled over in a collision in Dallas in 2015.

Sarah Milburn, 27, was a passenger in a Honda Odyssey that was hit broadside by a pickup truck on Nov. 15, 2015, causing the van to roll over onto its side and top. Ms. Milburn, who was a passenger in the third-row middle seat, suffered a broken neck and was left a quadriplegic, with very limited use of her arms and hands.

Ms. Milburn sued American Honda Motor Co. Inc. of Torrance, California, a subsidiary of Honda Motor Co., Ltd. (NYSE: HMC), claiming Honda’s design for the seat belt in the third row’s middle seat is defective. Specifically, the seat belt is a two-part system requiring the user to grasp a detachable shoulder strap from the van’s ceiling, anchor it to the seat and then pull the belt across the user’s hips and buckle it.

In independent testing, an expert showed the jury that fewer than 10 percent of people who were unfamiliar with the van’s two-part seat belt system were able to use it properly. 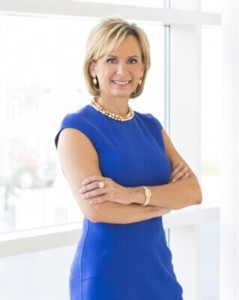 “What the jury understood is that it’s not enough to just equip a car with seat belts. The carmaker also has to make sure people can and will use them safely. Sarah put the seat belt on the same way 50 out of 53 people in our studies did and wearing it that way was actually more dangerous than having no seat belt at all.”

Aldous, along with Brent Walker, represented Sarah Milburn at trial. Ms. Milburn also was represented by attorney Jim Mitchell of the PayneMitchell Law Group in Dallas.

The jury verdict includes a finding that the regulations governing seat belts in passenger cars were inadequate to protect the public from harm. The family is hopeful the finding will lead to the creation of “Sarah’s Law,” which would forbid automakers from using this seat belt system in the future.