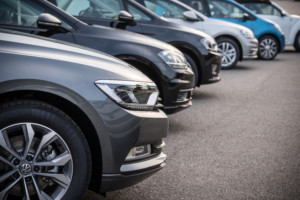 ANN ARBOR, Mich.–(BUSINESS WIRE)–The automobile industry may be in for a rough ride as customer satisfaction drops plague the industry.

Overall, customer satisfaction with automobiles and light vehicles plummets 3.7% to a score of 79 (on a scale of 0 to 100), according to the American Customer Satisfaction Index’s (ACSI®) Automobile Report 2018-2019.

This is well below last year’s score of 82 and a level not seen in the industry since 2015. Quality, value, and key aspects of the driver experience deteriorate, according to car buyers.

Customer satisfaction drops for 21 of 27 nameplates in the ACSI study over the past year, and across all automakers – both foreign and domestic. European brands still lead Asian and U.S. cars despite a one-point downturn to 81. U.S. automakers edge back a point to 78, trailing European cars by the same gap seen in 2018. Asian manufacturers fall to their lowest score in five years following a 2% dip to 79.

“The overwhelming retreat in customer satisfaction may be yet another sign of a bumpy road for automakers in 2019,” said David VanAmburg, Managing Director at the ACSI. “In the first half of the year, U.S. car sales wilted across an industry already saddled with rising costs and ongoing tariff threats. Millennials strapped with debt, a shift to used cars, and the rise of ride-sharing apps may result in a movement away from new car purchases. Customer satisfaction drops will only deepen the challenges facing the auto industry.”

Last year, the ACSI reported that improved value had boosted satisfaction. The gain has proven difficult to sustain.

The average new-vehicle transaction price in 2019 hit record levels of roughly $37,000, a nearly 4% increase from 2018. Lower interest rates could help consumers with financing. However, as it stands, less discounting and generally higher prices are moving perceptions of value lower overall.

Subaru (down 2%) loses its grip on the top spot among mass-market vehicles, yet still shares the lead with Honda (down 1%) at 82.

Four nameplates tie with scores of 77: Fiat, Ford, Mazda, and Volkswagen. Fiat drops just 1% while Ford is stable. However, for Mazda (down 4%) and Volkswagen (down 6%), the changes are substantial.

Kia and Mitsubishi also experience significant customer satisfaction hits, both dropping 4% to all-time lows of 76. Nissan tumbles 6% to its record low of 75.

The three remaining Fiat Chrysler plates all suffer big drops as well. Jeep descends 5% to 76 but stays just ahead of its historic low. Dodge and Chrysler, however, both fall 4% and experience new ACSI lows. Dodge sinks to 74, while Chrysler plunges to 71 – a score rarely seen in manufacturing industries. This score is comparable to the best companies in some of the worst ACSI industries – subscription television or internet service.

Six of nine luxury plates lose ground in driver satisfaction, though on a less severe scale than the mass-market segment.

Toyota’s Lexus is back on top alone this year despite slipping 1% to 84. It has the best value among all vehicles in the study. Mercedes-Benz, one of only three gainers across the entire auto industry, is next, climbing 1% to 83.

Five plates deadlock at 82. The only American brand in this group, Ford’s Lincoln nameplate, slips 2%. Volkswagen’s Audi falls 1%, while BMW remains unchanged. Volvo, which tied Lexus for the lead in 2018, topples 4%. Infiniti, on the other hand, gains the most, rising 5% to 82. However, its driver satisfaction fluctuates. Couple that with the nameplate’s struggling 2019 sales, and it’s unclear if the current ACSI gain will hold.

Bringing up the rear are GM’s Cadillac, down 1% to 81, and Honda’s Acura, which drops 4% to 78, the lowest score among luxury vehicles this year.

Despite these declining scores, customer satisfaction with luxury cars continues to outperform the mass market. Additionally, many luxury carmakers handle the recall process exceptionally well. ACSI data show that for six of nine luxury brands, recalls have no adverse impact on customer satisfaction. In general, customer-centric brands with higher satisfaction tend to handle issues like recalls better, as they know it helps make once-disgruntled customers more likely to remain loyal.

The ACSI Automobile Report 2018-2019 covering both domestic and foreign automobile nameplates is based on interviews with 4,805 customers, chosen at random and contacted via email between August 7, 2018, and July 27, 2019. Download the full Automobile Report.

No advertising or other promotional use can be made of the data and information in this release without the express prior written consent of ACSI LLC.

The American Customer Satisfaction Index (ACSI®) has been a national economic indicator for 25 years. It measures and analyzes customer satisfaction with more than 400 companies in 46 industries and 10 economic sectors, including various services of federal and local government agencies. Reported on a scale of 0 to 100, ACSI scores are based on data from interviews with roughly 300,000 customers annually. For more information, visit www.theacsi.org.

ACSI and its logo are Registered Marks of the University of Michigan, licensed worldwide exclusively to American Customer Satisfaction Index LLC with the right to sublicense.