CTEK supplies battery chargers to some of the most prestigious Automotive & PowerSport manufacturers in the world. 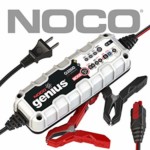 The lawsuit alleges that during the recent Australian Auto Aftermarket Expo in Melbourne, Australia, an employee of CTEK, a competitor in the battery charger and automotive accessory market, stole a notebook from NOCO’s booth that contained NOCO’s sales strategy, contacts and valuable trade secrets. 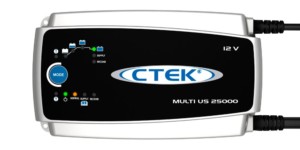 The CTEK employee, whose name has not yet been released, was arrested by Australian authorities on April 6 in connection with the theft.

Officials with the Australian Automotive Aftermarket Association (“AAAA”) recovered the video surveillance, which captured the event and led to the identification of the CTEK employee responsible for the theft. Security at the AAAA located the CTEK employee and detained him until local authorities arrived and arrested him.

“We want to thank on-site security, members of the AAAA, and Melbourne Police for their efforts in arresting the individual. Without their efforts, we would not be able to proceed with additional legal actions. Obviously, we are disappointed with CTEK’s behavior, but it is further evidence of a possible systematic corporate mandate to attempt to curtail NOCO’s growth in the marketplace. We are aggressively pursuing all of our legal rights and will not stop until justice is served.”

The lawsuit, which was filed Tuesday, includes federal claims for theft of trade secrets and conspiracy to steal trade secrets. Also included are several state law claims including misappropriation of trade secrets, conversion, and theft. In addition to seeking damages, NOCO hopes to obtain injunctive protection against the use or dissemination of its trade secrets by CTEK.

About NOCO
Established 1914, The NOCO Company is a world leading designer, marketer and manufacturer of premium consumer battery chargers, jump starters, and a wide range of portable power devices. NOCO effectively set the standard in design, performance and safety, introducing a new generation of products to the industry. NOCO proudly stands on a century-long history of designing and engineering all products in the USA.