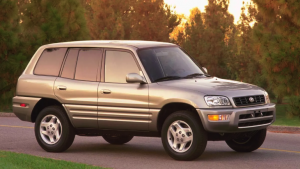 Approximately 138,000 Toyota vehicles from the late 1990s and early 2000s—including RAV4 SUVs and Celica and Supra coupes—have been recalled for dangerous Takata airbags that can cause serious or fatal injuries to vehicle occupants.

According to the National Highway Traffic Safety Administration, these airbags may have improperly sealed inflators.

As a result, they may allow too much moisture in, which could cause the airbags to deploy without enough force to protect occupants in a crash, or the airbags could rupture and spray sharp metal fragments directly at the people sitting in front of them. Both conditions could cause serious injuries or death.