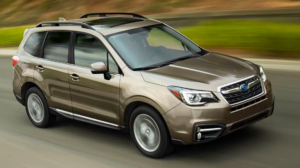 Subaru is recalling certain 2015–2018 Forester SUVs because an electrical connection under the front seat cushion may become loose. If this happens, the front airbag may deactivate even if the seat is occupied.

This recall only affects Foresters with heated seats.

Over time the connection in the electrical harness for the occupant detection system (ODS) sensor mat may become loose. This mat determines if the seat is occupied and, if so, tells the system to make the airbag active. If it’s unoccupied, the airbag is made inactive. The faulty connection could result in the system not being able to determine if the seat is or isn’t occupied.