Airwaves for vehicle communication might be unlocked for WiFi, endangering V2X projects aimed at reducing highway fatalities, according to CR. 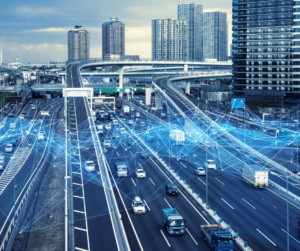 Behind the bus driver’s head, a metal box about the size of a briefcase is affixed to a divider. Inside, a radio and Linux computer send signals to a smart traffic light down the road that the bus is running late. After some quick calculations that also take into account data streamed to it about local traffic patterns, the system decides it’s safe to hold the green light a few seconds longer so that the bus can get back on schedule.

The high-tech traffic drama—playing out over the airwaves at certain Salt Lake City intersections and nearly 100 other test sites around the country—has meant improved bus times in Salt Lake City on what was once the city’s most chronically behind-schedule route. The positive results, evident in Utah and at other sites also testing short-range radio vehicle communication, could represent a revolution in highway safety, as regulators and automakers map out the near-future of smart transportation infrastructure.