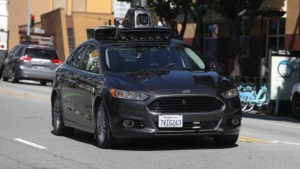 Several Senators offered sharp criticism of Tesla and Uber during a Commerce Committee hearing on self-driving vehicles on Wednesday.

“Ms. Elaine Herzberg was tragically struck and killed by an Uber test vehicle while crossing the street. Records show that the vehicle detected Ms. Herzberg’s presence 5.6 seconds before the crash, but failed to brake. It is imperative that manufacturers learn from this incident and prevent similar tragedies from happening again.”