CarTalk: 25 ugliest cars in history? Do you agree? 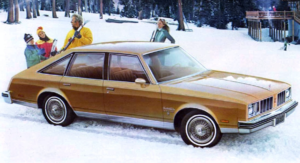 Innovative cars come along and the debate engages almost immediately. As the C8 Corvette debuted there was about a 60:40 split among people who thought it was smashingly beautiful, and others who felt it was an abomination.

Then there are cars that everyone agrees are just flat out hideous. Sure, some may find an appreciative group of fans that collect them for irony’s sake, but nobody is brave enough to suggest that they’re actually attractive.

We’ve collected 25 of these bad ideas, all ugly enough to grow rust on a plastic shovel. As you’ll see, no car-producing nation is immune from the ugly automobile. We spread the loathing from America to Japan, to every car-building nation in Europe.

TAKE A LOOK: DO YOU AGREE?