Building on a strong legacy, Bob Parra positions his shops for greatness.

That Bob Parra is a successful shop owner, no one can deny. But how did he get to be successful? How has he been able to take the legacy his dad left him and build that into two shops? And, the itch to add a third? Was it his natural aptitude for the business? Special training? Or what? In short, what makes Bob Parra tick?

Bob is the owner of Mid-Cities Service Center and Parra Car Care in Euless, Texas – a city of more than 50,000 people midway between Fort Worth and Dallas.

If you asked Bob what brought him to where he is today, he’d be quick to credit his father’s teachings. Also, his growing up in the industry. And his own aptitude for what he does. “I’ve always had a passion for fixing anything with wheels,” says Bob. “It began with bicycles, motorcycles and later, cars. Mechanical repairs were natural for me because I grew up in the automotive industry. My father was a transmission rebuilder and manager, and in 1975 started his own business where I worked as an apprentice. Before that, at age 16, I landed a job at a service station, back in the days when an attendant serviced your car!

“After I graduated from high school, I worked full time for my dad. I quickly became a proficient technician by attending every training class I could. Classes offered by organizations such as the Automotive Service Association, Automotive Management Institute, AC Delco, General Motors, Ford, and Chrysler.”

He supplemented that mechanical service and repair training with “hundreds of hours” of education in sales and management.

Bob credits ASA and AMI for “shaping my outlook for the future of our industry.” He’s also thankful for all who mentored him, including his father and trainers such as Ed Anderson, Gil Younger, Terry Greenhut, Mike Lee, Bob Cooper, Jim Murphy and Maddy Smith.

He has served as president of his local ASA chapter and on the automotive board of Tarrant County College.

“I’m proud our shop is a five-time Angie’s List Super Service award winner and that it has an A+ rating by the Better Business Bureau,” says Bob. Mid-Cities has also been a five-time AAA 100% Customer Satisfaction award winner.

Bob says he worked for his dad, Ray, for 10 years. Then, in 1989, he acquired his dad’s portion of the business and opened his own shop, Mid-Cities Service Center. With the help of his wife, Caroline, the business grew rapidly and five years later, he moved into a larger location. Five years from that date, he moved into an even larger facility.

In 2012, he opened Parra Car Care to take care of the overflow of work from Mid-Cities Service Center and because the new facility has 20-foot-high ceilings that enable shop personnel to work on larger commercial vehicles.

Bob says he enjoys having two locations. “I hope to add a third location soon,” he says. “The challenge is finding the right people. A new employee must embrace your policies and procedures in a short amount of time and the policies need to be reviewed on a regular basis. Communication is of utmost importance. I have found if you teach and guide with concern and passion and give well-earned acknowledgement of achievements on a weekly basis, the system will support itself. It becomes a win-win situation for both the employee and the owner.”

Asked what makes his business unique, Bob says, “Our people! We are family-owned and we all make up a team that believes in integrity and honesty.”

What does he like best about his job? “I get to work with amazing employees and clients every day,” says Bob.

His business philosophy? “I hark back to what my dad taught me,” says Bob. “If you treat your customers right, they will come back.”

Obviously, that philosophy is paying off. Bob has parlayed what began as a small, four-bay shop with two employees into two much-larger facilities and an eye toward adding a third.

How It All Started? 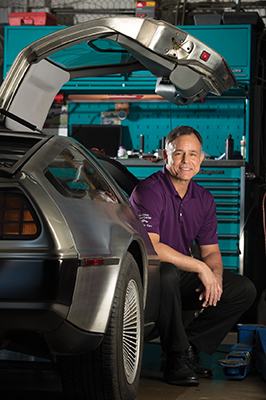 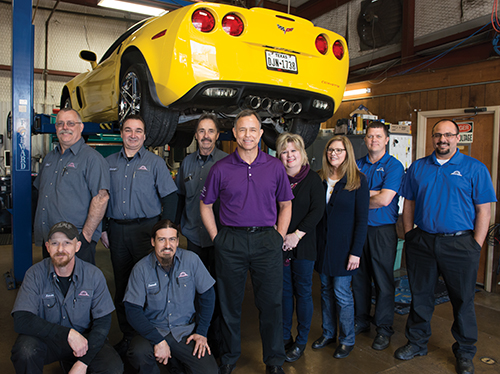 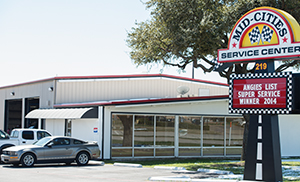 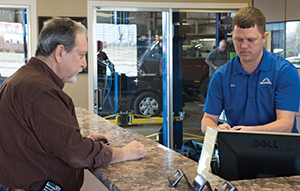