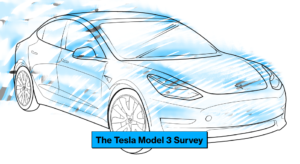 By the end of 2018, Tesla’s customer service was overwhelmed. Phone calls and emails went unreturned, repairs were delayed, and drivers involved in crashes sometimes waited months to get parts.

After a year and a half of production, there were almost 150,000 Model 3 electric sedans on the road. But it became clear that Tesla’s service centers weren’t ready for the masses.

The service snafus weighed on Tesla Chief Executive Officer Elon Musk. “When I think about what my priorities are this quarter,” he said in January 2019, “it’s improving service in North America. That’s No. 1.”