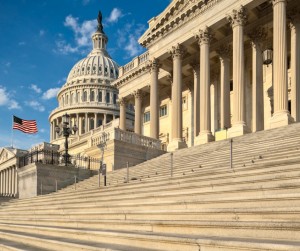 WASHINGTON, D.C. – The bipartisan group of Senators negotiating for a COVID-19 economic stimulus bill released more details of their $908 billion plan today. The U.S. Congress is attempting to come to an agreement on economic stimulus legislation before the end of the year.

The current plan includes $300 billion for the Small Business Association to release a second round of Paycheck Protection Program (PPP) loans. These loans would be reserved for businesses with less than 300 employees that have sustained a 30 percent revenue loss in any quarter of 2020.

Additionally, the $908 billion plan would extend all pandemic unemployment insurance programs by 16 weeks after their current deadline at the end of December. Federal supplemental unemployment benefits would be expanded by $300 per week for an additional 16 weeks. This plan does not include the individual stimulus checks of $1200 per person, which was a popular provision in the first CARES Act.

Notably, this plan includes both support for state and local governments as well as coronavirus liability protection for businesses—the two issues that Congressional Democrats and Republicans have disagreed on. However, the outline does not give a detailed plan for either provision, just stating both as “agreements in principle.”

The release of this outline is the most recent development in the long negotiation process for stimulus legislation that has been ongoing since the summer. Lawmakers are set to pass a continuing resolution this week extending the deadline for passage of a federal budget by one week. Republicans and Democrats are both hopeful that they will be able to pass coronavirus economic stimulus legislation along with the budget before the U.S. Congress adjourns at the end of December.