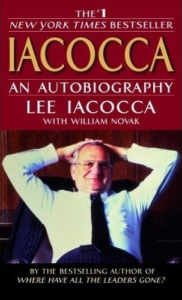 He was one of those unique personalities that America’s auto industry sometimes produces — a larger-than-life presence who changed the course of automotive history.

Revered by some, reviled by others, Lee Iacocca was a force to be reckoned with, both publicly and privately. Father of the Mustang, midwife to the minivan, rescuer of Chrysler Corp., restorer of the Statue of Liberty, Lee Iacocca died Tuesday at his home in Bel Air, California, Macomb County Executive Mark Hackel and longtime auto executive Bob Lutz confirmed to the Free Press. He was 94.

During the height of his career in the 1980s, Iacocca was arguably the most popular business figure in the world. Pictures of him, often with his trademark cigar, were on magazine covers and TV screens. His 1984 autobiography became an international best-seller. He was in global demand as a speaker.

Other stories on Lee Iacocca’s death: