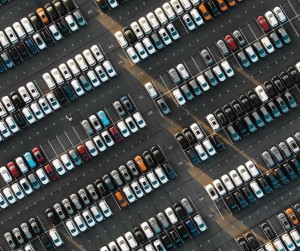 ATLANTA, March 10, 2020 /PRNewswire/ — According to the Q1 2020 Cox Automotive Dealer Sentiment Index (CADSI) released today, U.S. automobile dealers’ view of the current automotive market remains negative and is mostly unchanged from Q4 2019. With an index score of 49, the rating was slightly more positive than last quarter, but the increase from Q4’s index score of 47 was not statistically significant.

Year over year, the current market index was up by only one point, which was not statistically significant and remained below 50, indicating more dealers view conditions as weak rather than strong.

The quarterly survey by Cox Automotive was measured in late January and early February, during the Senate impeachment trial of President Trump and before the spreading economic worries – and stock market volatility – fueled by concerns over COVID-19.

As the CADSI has consistently demonstrated, the current market sentiment skews more positive for franchised dealers compared to independent dealers, who sell only used vehicles. The gap expanded this quarter after narrowing in Q4, with franchised dealers becoming more positive about current market conditions – increasing from 51 in Q4 to 55 in Q1 – while independents remained negative at 47, up only one point from Q4.

When it comes to views of the future, dealer types moved farther apart in the Q1 numbers as well. Franchises scored 66, the highest for the 3-month market outlook since Q2 of 2018, while independents increased to 61. Both showed strong quarter-over-quarter increases in optimism for the next 3 months – a typical spring bounce – but no substantial change year over year.

Derived from a quarterly survey that Cox Automotive issues to a representative sample of franchised and independent auto dealers from around the country, the CADSI measures dealer perceptions of current retail auto sales and sales expectations for the next three months as “strong,” “average,” or “weak.” The survey also asks dealers to rate new-car sales and used-car sales separately along with a variety of key drivers, including consumer traffic. Responses are used to calculate an index by which any number over 50 indicates that more dealers view conditions as strong rather than weak.

Both New- and Used-Vehicles Sales a Positive for Franchised Dealers

In the Q1 2020 CADSI, the costs index saw a statistically significant increase compared to the prior quarter, showing that dealers feel expenses are growing. The profit index saw a significant decline, dropping to 40, which reflects a weaker profitable environment in Q1 and aligns with the view of increasing costs.

By filtering on only dealers who described their costs as growing, the team found that the more negative view is being driven by overhead expenses, including payroll, labor costs and staffing. Of the independent dealers who had growing costs in the previous quarter, many felt that marketing and advertising were contributing to their growing costs. In addition to marketing and advertising expenses, franchised dealers also felt that new technology and updates to existing technology were expanding their costs.

The top five factors holding back the business across all dealers shifted only marginally from Q4 2019 to Q1 2020. Competition and Market Conditions exchanged ranks as Competition rose to the top spot, cited by 34% of dealers, and Market Conditions dropped to second. Credit Availability and Limited Inventory remained in the third and fourth spots, as in the previous quarter. Expenses reentered as No. 5, up from No. 6 last quarter.

Views of the top factors holding back business also vary dramatically by type of dealer. For franchises, Market Conditions remained the top concern, and the percentage of franchised dealers citing it as a factor holding back their business decreased only slightly to 34%. Competition remained in the No. 2 position at 32%, beating out Weather at 23%. Political Climate continues to climb the factor ranking for franchises and was No. 4 at 23%. Lack of Consumer Incentives for OEMs made its debut in the top 5 factors for franchised dealers, increasing from 15% last quarter to 21% in Q1.

For independents, Competition moved into the top spot, with 35% of dealers calling it a top factor holding back the business. Credit Availability for Consumers rose to the second factor, and Market Conditions dropped to third from first last quarter. Limited Inventory remained in the fourth spot, unchanged from last quarter. Expenses moved from sixth in Q4 to fifth in Q1.

For dealers who deem the market to be weak over the next three months, concerns primarily revolve around the election and political climate. Commented one dealer in the survey, “It’s an election year and there’s an impeachment trial going on. Political uncertainty always affects the market.” (Note, the survey was in-market in late January 2020 during the Senate impeachment trial of President Trump.)

Lack of consumer incentives from OEMs also rose from No. 10 to No. 5 quarter over quarter as a factor holding back the business. In Q1, franchises’ perception of OEM incentives is 47, dropping slightly from last quarter and remained below the 50 threshold, which means the majority of franchised dealers consider OEM incentives to be small or ineffective. For dealers who considered OEM incentives small, they mentioned restrictiveness and as well as concerns about OEM stair-step programs. “There are specific programs that used to be available for the consumer that are now restricted heavily,” noted one dealer.

Data for the Cox Automotive Dealer Sentiment Index is gathered via online surveys. The Q1 results were based on 1,084 dealer respondents across the country from Jan. 27 to Feb. 10, 2020. Dealer responses were weighted by dealership type and volume of sales to be representative of the national dealer population. For each aspect of the market surveyed, respondents are given an option that relates to strong/increasing, average/stable, or weak/decreasing, along with a “don’t know” opt-out. Indices are calculated by creating a mean score in which:

Respondents who select “don’t know” at a particular question are removed from the related index calculation. The total metrics reported have a margin of error of +/- 3.0%.

Cox Automotive Inc. makes buying, selling, owning and using cars easier for everyone. The global company’s 34,000-plus team members and family of brands, including Autotrader®, Clutch Technologies, Dealer.com®, Dealertrack®, Kelley Blue Book®, Manheim®, NextGear Capital®, VinSolutions®, vAuto® and Xtime®, are passionate about helping millions of car shoppers, 40,000 auto dealer clients across five continents and many others throughout the automotive industry thrive for generations to come. Cox Automotive is a subsidiary of Cox Enterprises Inc., a privately-owned, Atlanta-based company with revenues exceeding $20 billion. www.coxautoinc.com