ASA Colorado Chairman: ‘Culture is what we live on’

Bryan Gossel of BG Automotive stepped back from day-to-day shop operations and empowered his team to take ownership, pride and responsibility for their jobs — the results speak for themselves.

FORT COLLINS, Colo. — As BG Automotive has grown recently from one location to three, owner Bryan Gossel has grown, too, and learned to step back and trust his team to do their job.

It wasn’t easy, however, he readily admits.

“I used to be very hands-on,” he said, “but if we’re going to be what we can be and who we are, I needed to mentally and emotionally change myself.”

Gossel, chairman of ASA Colorado, has now given the day-to-day reins and more of running his shops to his team leaders and operations manager. So much so, that Gossel now home offices. 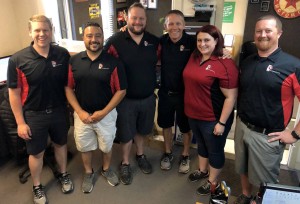 “You have to hire people who are better than you. It’s been a severe change for me not being around people and staying focused more on how I can serve my team, rather than working alongside them,” says shop owner Bryan Gossel (third from right).

“You have to hire people who are better than you. It’s been a severe change for me not being around people and staying focused more on how I can serve my team, rather than working alongside them.”

Every Wednesday morning is BG Automotive’s shop meeting where team members discuss safety topics and issues of concern. Each employee is given an opportunity to express their thoughts and share what they’ve learned with the team.

“We don’t work on cars, we work on people. We’ll tell our guests when they come in that fixing cars is the easy part — and that’s true for our team, too. We’re all ‘broken’ in some way and we all need help and guidance. We want to provide that guidance and education to help one another grow.”

“We don’t want to ‘change’ anyone, we want to improve who they are and help them be better.” 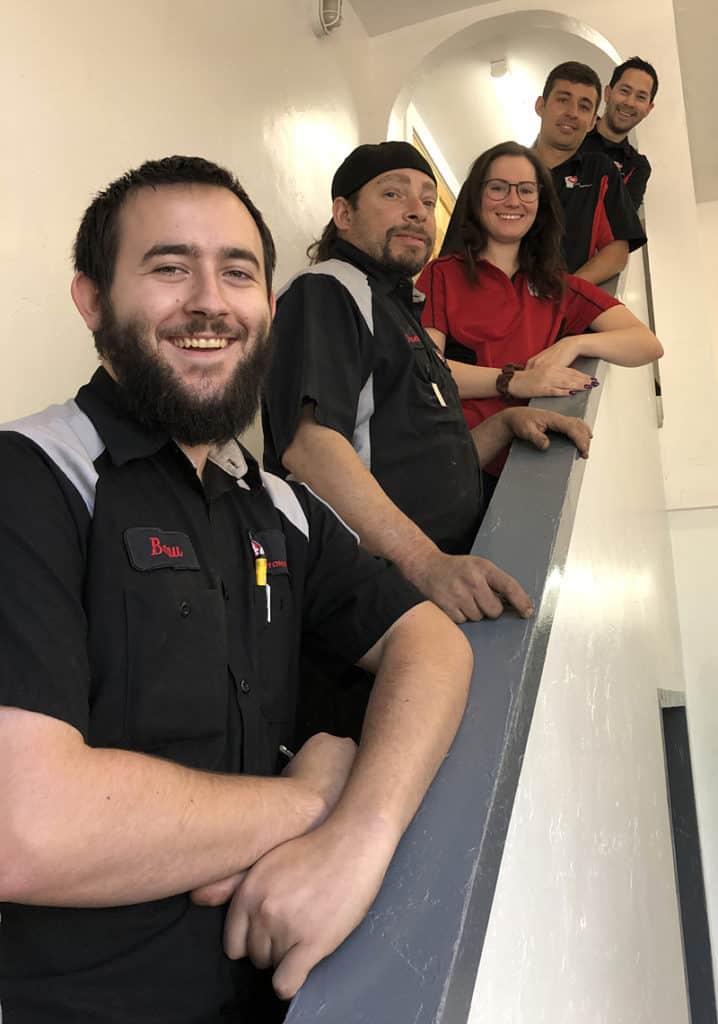 BG Automotive’s second location was added in February 2019. “We’re always hiring and spending up $1,500-$2,000 a month on recruiting. And we’re a place where people want to work,” Gossel says.

Gossel said he is presently looking at additional opportunities for expansion in northern Colorado, though acquiring more locations can be challenging.

“I’ll be the ‘boots on the ground,’ but there’s so much involved in acquisitions, whether you’re building, buying, or leasing. There’s a lot of legwork involved to ensure everything is in place properly.”

The first location was launched 13 years ago, and the second (in February 2019 in Fort Collins) and third (in March 2019 in Longmont) were within one week of each other. The second shop involved a “massive” remodel in order to implement BG’s systems and procedures, while the third location suddenly became available when the owner decided to close.

“It was never intended to be so close together, but that’s just how it happened and we made it work. Both shops have already doubled what they did in the past.”

In its company mission statement, BG Automotive strives to improve the automotive industry and public perception of it. It’s vision is to have five shops by 2025, a plan developed by Gossel and his team leaders during a weekend getaway two years ago in a house he rented in the mountains of Estes Park.

“It was our ‘BG Mastermind Meeting.’ We stayed there Friday through Sunday and covered the walls with huge post-it notes that had job description ideas, purpose and goals in order to grow more. It was phenomenal.

“It wasn’t easy, but having the right people makes all the difference. Now we need to have another one to redo our business plan because we totally blew it out of the water with three shops by 2020.”

BG has 13 total bays with $5.5 million in 2019 total annual revenues and 28 team members. Gossel projects combined revenues of $6 million for 2020 with 32 employees. Throughout the pandemic, the original location has been up 13 percent over same time last year. 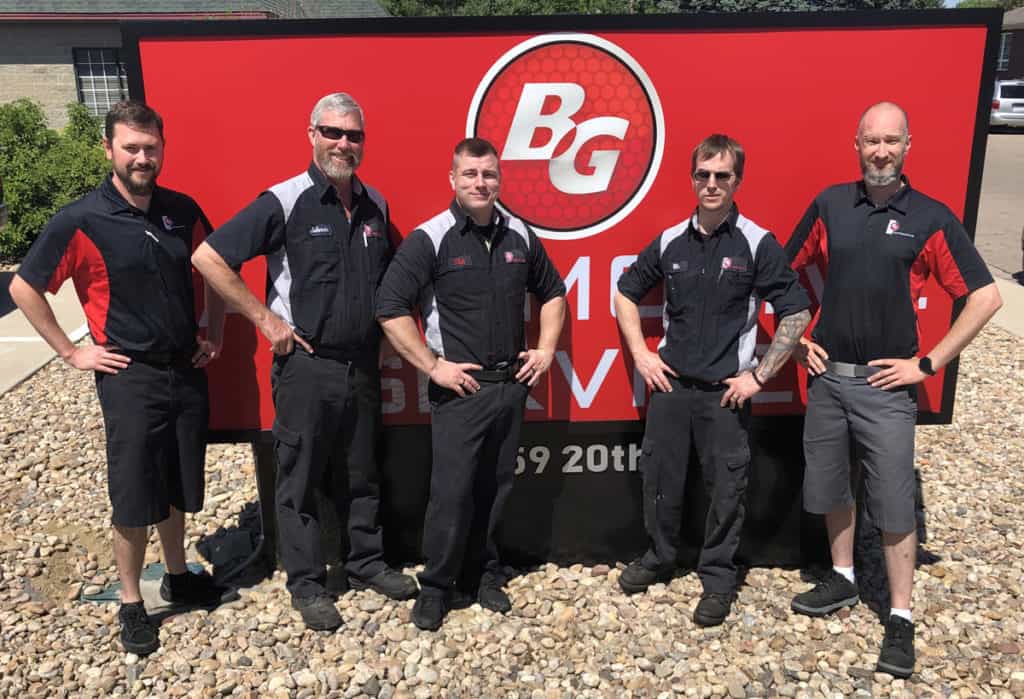 BG’s third location, located in Longmont, was opened on week after it opened its second in Fort Collins. Gossel spends up to $200,000 a year in staff training.

In the challenging times of hiring qualified techs and employees in today’s industry, Gossel said he was able to staff the shops as needed.

“I wouldn’t be where I’m at without the training we’re constantly doing. We’re also always looking for opportunities for our team, from financial planning and 401ks to life insurance policies.”

Gossel adds that BG Automotive strives to have its staff participate in 40 hours of training annually and spends up to $200,000 a year for it.

He also helps lead a group of shop owners in ARBO, which meets monthly to discuss financials, shop performance, marketing, IRAs and best business practices. “There’s about 15 of us, all from the Fort Collins, Loveland, Longmont and Greeley area. It’s really helped elevate everybody as a whole. There’s enough cars out there for everyone.”

So how does Gossel take advantage of all the training and still find time to run his shop? Scheduling and hiring the right people, he said. “I allow them to do their jobs.”

NOTE: Special thanks to Rob Merwin for granting us permission to publish this article from Aftermarket Matters.