Tom’s Automotive Service community has become a ‘virtual island’ from the city of Seattle, but ASA Northwest Board Member Kandie Jennings-Molloy is determined to keep all staff employed and keep pressing forward. 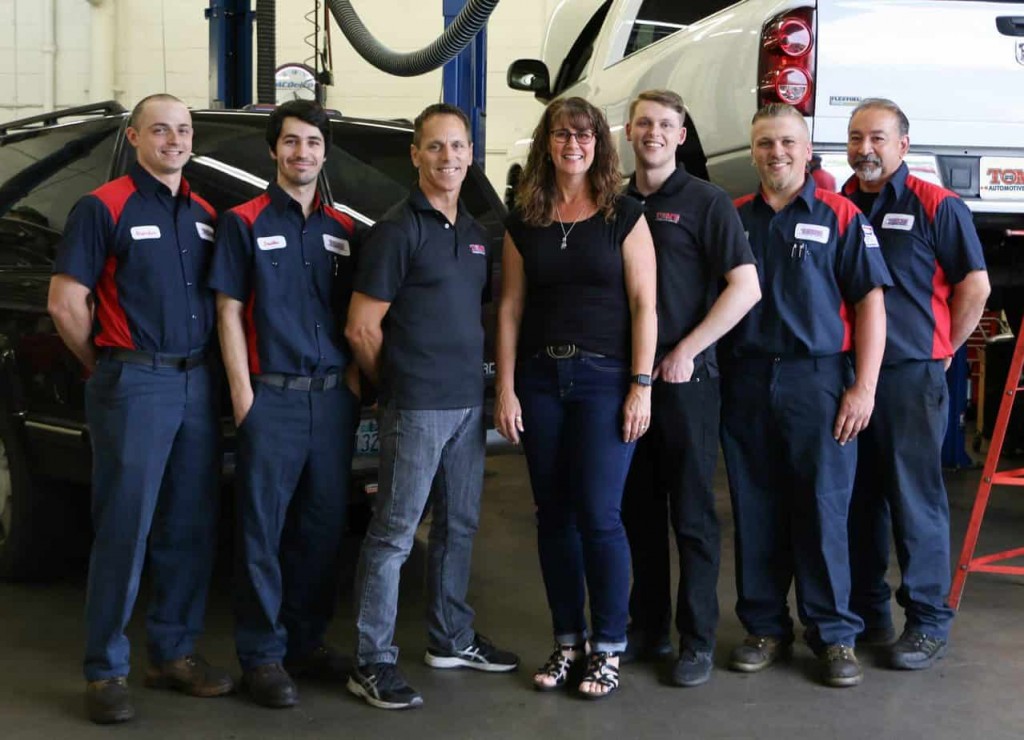 SEATTLE —As business slowed due to the pandemic, initial reactions among many shops were to reduce expenses and buckle down, but Kandie Jennings-Molloy promised her staff she wouldn’t lay anyone off and told them they were in for the long haul.

“I let them know that I would keep everyone working until I ran out of money,” said Kandie Jennings-Molloy, owner of Tom’s Automotive Service in Seattle, to Aftermarket Matters Weekly. “And if that were to happen, then we would cross that bridge when the time came. We’ve definitely had down time, but the shop is now cleaner and organized than it already was. When business comes back, we’ll be more efficient.”

Techs Brandon Laguire (left) and John Bradley have some fun and keep the mood light in the shop despite the pandemic.

Compounding the crisis and its effects on the shop’s bottom line is last month’s closure of the West Seattle Bridge as a result of structural integrity concerns. It’s the main link from the city to Tom’s Automotive Service and the community it serves, and its closure has left them a virtual island.

“The probability of the bridge being repaired is slim,” said Jennings-Molloy, who is also on the board of directors for ASA Northwest, for which she added has been a “tremendous” resource for assistance for her and other members throughout the crisis. “I’m sure it’ll be two years, if not more, before there’s a solution. There’s a smaller, lower bridge, though it’s limited to first-responder travel and public buses because it also has structural issues.”

Seattle news sources stated that city traffic has recently bounced back with an increase of 25 percent, which is a double-edged sword for the shop. Higher vehicles-in-operation (VIO) is always a positive development for the repair industry, though for Tom’s Automotive Service on its “island,” it presents a new set of challenges. 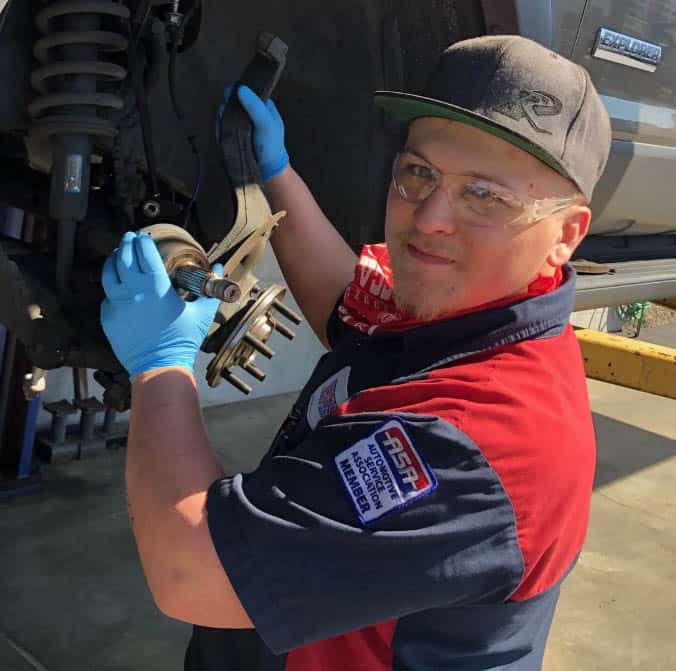 Jennings-Molloy’s pre-pandemic commute was 30 minutes, and had dwindled to 15 minutes at the height of the crisis. “I’m now back up to a half-hour commute with the bridge closure — and that’s without traffic returning to normal. It’s going to be a hardship for our community, because they won’t be able to get in and out easily without navigating through neighborhoods.”

The lion’s share of Tom’s customer base is in West Seattle, so she doesn’t expect to lose customers, though she said people might seek ways to use their vehicles less often.

“My biggest concern is that I may lose employees due to the longer commute times. I have a few employees that already live 45-60 minutes away, and to add an even longer commute, I don’t know how long they will be willing to continue no matter how much they like their jobs. I hope they will hang in there, but only time will tell.”

A community coming together

Despite present challenges, the community has rallied around the shop and has been bringing their vehicles to Tom’s in a show of support.

“Our clients are worried about keeping us in business, so if they have deferred maintenance, then they’re taking advantage of this time to get the service,” she said. “Many customers work in the tech industry, so they’re working from home which benefits us for getting their vehicles in while they’re not being used as often.

“Businesses are supporting each other — it’s pretty special.”

New customers are also coming “out of the woodwork,” which she attributes to the shop’s website. It’s regularly updated, improving Google search-engine optimization and shop ranking when people are seeking local repairs (the shop enjoys a 4.7 star rating on Google with 115 reviews). 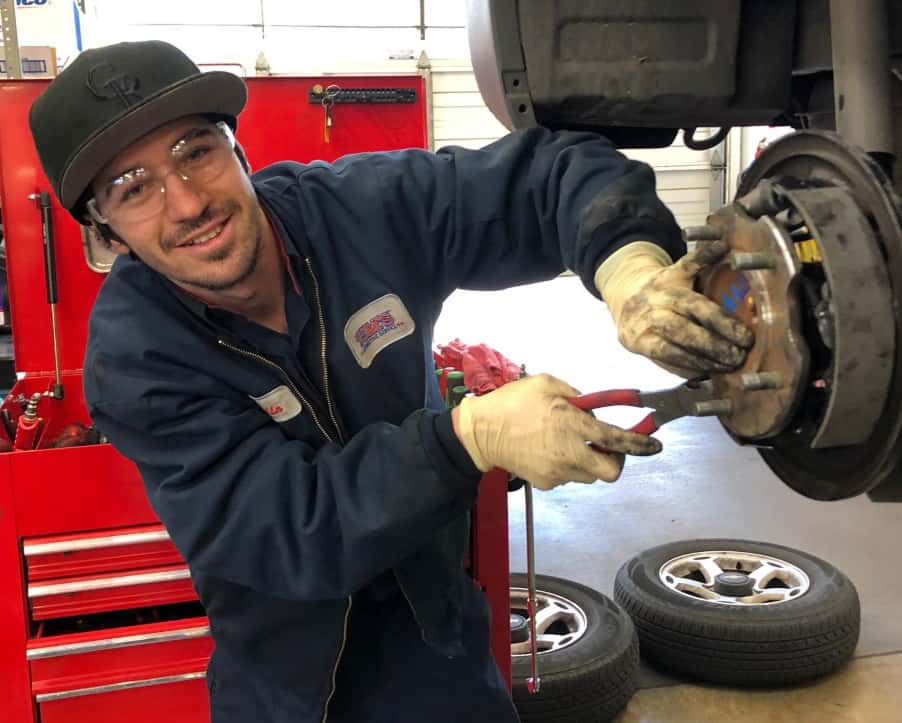 Keeping her foot on the pedal

Jennings-Molloy has also maintained her technicians’ training regimen. “It’s not time to cut costs in training when you need the business,” she said, adding that the shop is also continuing its marketing efforts. “We send out a regular mailer that’s quite expensive, but we continue to do it anyway to inform customers we’re open, we sanitize, offer pick up and delivery, and we’ll take care of them.”

Social media efforts have also been ramped up with a focus on pandemic-related subject matter, though through light-hearted lens.

“People really need to be uplifted and have some fun during these times, rather than doom and gloom. We’re reminded all day long about what’s happening, which can really bring a person down, so we try to have funny Facebook posts to keep things light.” (Posts have included techs wearing masks pretending to be gangsters.) 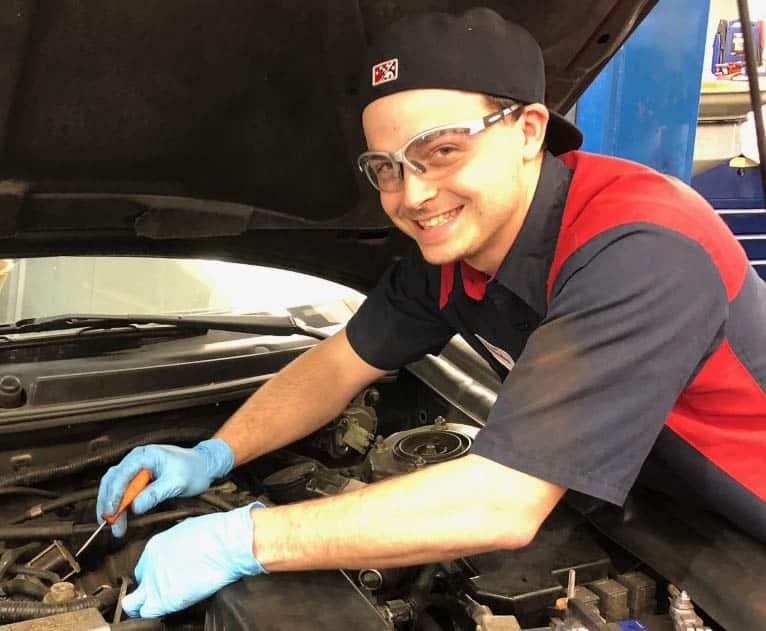 Jennings-Molloy is also leveraging Facebook Live when local business owners and staff come in for service and repair. “I tag their businesses in the videos to try and encourage the community to know more about them and that they’re open,” she said.

The shop has also increased its service discount for customers who come in to support the local food bank. It presented another opportunity to do a Facebook Live video with the food bank van.

“I stay upbeat for my team to keep them positive, but it can be hard when I get home and a things sink in. They have families to feed and I care about them — they’re part of my family now and I feel responsible for them.

“It’s been a rollercoaster ride.”