AAA: National gas price average is more than $1/gallon cheaper than a year ago 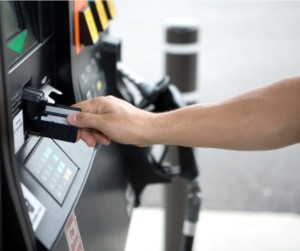 On the week, the national gas price average decreased by a nickel pushing the year-over-year savings to $1.03/gallon. Today, 20 states have pump price averages that are $1/gallon or more cheaper compared to last year, with another dozen states within a dime of reaching this mark.

“One in four U.S. gas stations is selling gas for $1.49 or less,” said Jeanette Casselano, AAA spokesperson. “Even with regional refinery rates dropping, we will continue to see gas prices decrease though potentially at a slower rate than the past few weeks.”

On the week, U.S. gasoline demand was stable at 5.1 million b/d as refinery rates dipped down to 69%, a level not reported by the Energy Information Administration (EIA) in more than a decade. Despite lower run rates amid low demand, gasoline stocks increased. Total U.S. stock levels measure at a record 262 million bbl – the highest weekly domestic stock level ever recorded by EIA, since it began reporting the data in 1990.

Pump prices continue to decrease across the Great Lakes and Central States. On the week, state averages are between two and eight cents less. Wisconsin (-8 cents) and Minnesota (-7 cents) saw the biggest weekly decreases in the region.

Wisconsin ($1.22) carries the cheapest gas price average in the region, state and country. In fact, it carries the biggest year-over-year difference (-$1.60) and the largest month-over-month change (-68 cents) in the region and the country.

Regional gasoline stocks held relatively flat at 60.2 million bbl, according to the latest EIA report. The small dip in stocks – down from 60.5 million, is likely due to the decrease in regional refinery utilization, which is at 65%. That is a stark difference from the 91% rate just two months ago. Many refineries are reducing production amid low demand. However, gas prices are expected to continue to decrease in the region. The rate at which they drop may just slow.

Gasoline stocks jumped in the region by 4 million bbl. The EIA reports total stock levels at 85.9 million bbl – the second highest level on record. Regional refinery utilization dipped, from 82% to 76%, but is the highest rate of all regions. Similar to other regions, gas prices will continue to decrease despite the reduction in refinery utilization.

Mid-Atlantic and Northeast state averages are two to six cents cheaper on the week. With the latest declines, only four states in the region carry averages of more than $2/gallon: New York ($2.22), Washington, D.C. ($2.16), Pennsylvania ($2.08) and New Jersey ($2.05). At $1.68, North Carolina has the lowest state average in the region.

Idaho ($1.92) now joins Wyoming ($1.94), Montana ($1.87) and Colorado ($1.77) on the list of states with averages of less than $2/gallon. Motorists in Utah are paying the most to fill-up at $2.11. On the week, state averages in the Rockies region decreased between three and 11 cents. However, compared to a month ago, motorists are saving as much as 58-cents to fill up and nearly $1/gallon compared to last year at this time.

Total stock levels for the region measure at 9.1 million bbl, a draw of less than 300,000 bbl from last week’s EIA report. As demand continues to slow, regional refinery utilization has been steadily decreasing for two months. The EIA reported rates of 92% for the week ending Feb 20. For the latest data, the week ending April 10, refinery rates were at 63%.

According to EIA’s latest weekly report, total gas stocks in the region increased from 34.9 million bbl to 35 million bbl last week. The increase in supply, alongside low crude prices and gas demand, will likely help to push pump prices lower in the region this week.

Additionally, Marathon Petroleum announced that it would temporarily idle its 166,000 b/d refinery in Martinez, CA later this month due to weak demand caused by COVID-19. According to the company, as of April 27, it will use an “integrated network of assets to continue meeting customer commitments and [does] not anticipate supply disruptions in the region.” Marathon did not announce a timeline for when the refinery could expect to resume operations, but it did state that it intends to resume “once demand levels support doing so.”

At the end of Friday’s formal trading session, WTI decreased by $1.60 to settle at $18.12 per barrel. Crude prices were volatile last week in the wake of a historic 9.7-million b/d crude oil production reduction agreement for May and June 2020 between the Organization of the Petroleum Exporting Countries and its allies, including Russia. As oil inventories continue to grow around the globe and crude demand falls worldwide, crude prices have dropped dramatically as the public health, economic and financial impact of COVID-19 increases. Crude prices will likely remain volatile this week, as the market continues to assess how low crude prices could fall during the ongoing pandemic.