When it is safe to travel, AAA expects vacationers will explore America’s backyard. 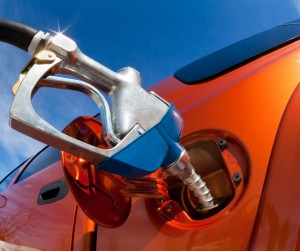 Pump prices continue to increase across the country with nearly every state’s average pushing more expensive on the week, on average by four cents. At the start of the Memorial Day work week, the national gas price average is $1.87.

The last time the national gas price average leading into the holiday was under $2/gallon was 17 years ago in 2003. That year motorists paid, on average, $1.50 to fill-up. Gas prices this year won’t be as cheap as 2003, but today’s national average is a dollar cheaper than one year ago.

“Gas prices around Memorial Day have not been this cheap in nearly 20 years. However, as the country continues to practice social distancing, this year’s unofficial kick-off to summer is not going to drive the typical millions of Americans to travel,” said Jeanette Casselano, AAA spokesperson. “Despite inexpensive gas prices, AAA anticipates this year’s holiday will likely set a record low for travel volume.”

For the first time in 20 years, AAA will not issue a Memorial Day travel forecast due to COVID-19 impacts on the underlying economic data used to create the forecast.

Americans can expect gas prices to continue to push more expensive, possibly hitting $2/gallon in the next few weeks. This is mostly due to demand increasing as states re-open. This week will also bring the Environmental Protection Agency’s waiver on the sale of winter-blend gasoline to an end. Stations will switch over to summer-blend gasoline, which has a lower Reid Vapor Pressure to prevent excessive evaporation when outside temperatures rise. Reducing the volatility of summer gas decreases emissions that contribute to unhealthy ozone and smog levels. Typically, the switchover to summer-blend can cause gas prices to spike during the summer driving season, but that will likely not be the case this year due to the impact of COVID-19 on demand and crude oil prices. The nation’s largest weekly gas price increases can be found for a second week in the Great Lakes and Central States region. Five states from the region land on the top 10 list for largest jumps, though this week’s increases are less than a dime: Wisconsin (+7 cents), Iowa (+7 cents), Kansas (+7 cents), Nebraska (+5 cents) and Minnesota (+5 cents).

With increases over the last two weeks, Illinois ($2.13) is the only state in the region whose average has jumped back over $2/gallon. At $1.86, Indiana carries the second most expensive average in the region, while Missouri ($1.54) touts the cheapest.

The Energy Information Administration (EIA) reports that regional gasoline stocks have decreased for six straight weeks, bringing total stock levels down to the lowest measurement of the year at 54 million bbl. However, stocks remain above the year-ago level of 49.5 million bbl and the five-year average of 52.6 million bbl.

Gas prices continue to push more expensive for the majority of South and Southeast states as most of the region pushes towards re-opening. With an increase of six cents, Arkansas ($1.52) and Tennessee ($1.62) saw the largest jumps on the week. South and Southeast state pump price averages remain below $2/gallon by 25 – 50 cents. Florida ($1.77) carries the most expensive average while Arkansas ($1.52) touts the cheapest.

Motorists continue to enjoy vastly cheaper prices – 90 cents to more than a dollar cheaper – compared to last year. Even with prices expected to push more expensive this month, filling up will continue to be a cost savings compared to May 2019.

Regional gasoline stocks continue to measure at very healthy levels despite a 1.2 million draw in the EIA’s latest report. Total stocks now measure at 88.3 million bbl. That is 17 million bbl more than the Mid-Atlantic and Northeast regions’ stock level, which is the region with the second highest stock level in the country. While gas prices are likely to increase alongside demand, the healthy stock level should contribute to smaller jumps at the pump.

On the week, Pennsylvania (+8 cents) saw the largest increase among Mid-Atlantic and Northeast states and saw the second biggest jump of all states in the country. Otherwise states in the region saw mostly increases of a few pennies, but no more than a nickel. State averages range between $2.17 in Washington, D.C. to $1.71 in North Carolina. In addition to Washington, D.C., New York ($2.15) and Pennsylvania ($2.14) carry the most expensive averages in the region and land among the top 10 highest in the country.

While gasoline stocks saw a slight increase, to push total stocks to nearly 71 million bbl, regional refinery rates dropped just below 50%. As more states in the region move towards opening, which is likely to increase gasoline demand, motorists can expect gas prices to increase, but still remain cheap compared to typical May pump prices.

The past week brought fluctuation through the region with Idaho (+17 cents), Colorado (+7 cents) and Utah (+6 cents) seeing increases as the pump. Wyoming ($1.82) and Montana ($1.74) mostly held steady. With the jump, Utah’s average increased to $2.02, the only state in the Rockies region with an average more than $1.99/gallon.

Regional gasoline stocks have consistently decreased for six weeks according to EIA data. The latest draw of 400,000 bbl puts total stocks right at 8 million bbl as refinery rates bump up to 70%. Even with gas prices poised to see further fluctuation in the week ahead, motorists in the region are still saving when they fill-up.

Pump prices in the West Coast region are among the most expensive in the country, with more increases expected as states in the region ease restrictions this week. When compared to a week ago, California (+4 cents) and Nevada (+4 cents) saw the largest increases in the region. Arizona (-1 cent) saw the only decline. Hawaii ($3.17) and California ($2.80) remain the most expensive markets in the country. Washington ($2.45), Oregon ($2.38), Nevada ($2.35), Arizona ($2.07) and Alaska ($2.05) follow.

According to EIA’s latest weekly report, total gas stocks in the region decreased from 31.2 million bbl to 30.8 million bbl last week. As more motorists take to the roads in the region this week, gas demand is expected to continue to grow. Higher gas demand, amid falling gas stocks, will likely lead pump prices to increase this week.

At the end of Friday’s formal trading session, WTI increased by $1.87 cents to settle at $29.43 per barrel. Crude prices increased last week amid growing market optimism that crude demand continues to rebound as more states re-open and demand for gasoline has grown in recent weeks. For this week, crude prices may continue to rise if the market believes that the 9.7 million b/d production reduction agreement for May and June 2020 between the Organization of the Petroleum Exporting Countries and other major crude exporters, including Russia, is helping to rebalance the global oil market as demand remains low due to COVID-19.