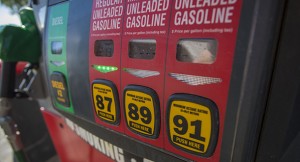 On the week, gasoline demand, as estimated by the Energy Information Administration (EIA), increased 10% from 7.8 million bbl to 8.6 million bbl. While the demand rate is much lower than a typical summer reading, it’s the highest recorded since late March showing continued signs that Americans are filling up more.

“The increase in gasoline demand contributed towards the national gas price average’s four cent jump to $2.17. While that average will continue to increase ahead of the Independence Day holiday weekend, travelers will find pump prices about 50 cents cheaper than last year’s holiday,” said Jeanette Casselano, AAA spokesperson.

AAA did not release an Independence Day holiday travel forecast this year, but does forecast that Americans will take 683 million road trips from July 1 – September 30. Before you hit the road for the holiday or a summer trip, AAA recommends:

With the exception of Virginia ($1.96), all Mid-Atlantic and Northeast state averages are $2 per gallon or more. Pennsylvania ($2.43) carries the most expensive average in the region and also lands on this week’s respective top 10 most expensive markets list in the country.

Most states in the region saw smaller increases at the pump likely due to the large increase in gasoline stocks, which added 1.3 million bbl, according to EIA data. Regional gasoline stocks sit at 75.4 million bbl. Gas prices are likely to increase for most states in the region, but the tri-states – New York, New Jersey and Connecticut – may see smaller jumps due to the requirement that travelers from states with high coronavirus rates quarantine upon arrival.

All states in the Rockies region saw gas prices increase, but there was volatility to how expensive they pushed: Colorado (+8 cents), Montana (+5 cents), Wyoming (+4 cents) and Idaho (+2 cents). State gas price averages in the region rank among the most expensive in the country, with Colorado ($2.46) and Idaho ($2.34) landing on this week’s top 10 list.

The larger jumps in pump prices are a little surprising as regional gasoline stocks held steady at 7.3 million bbl and refinery rates increased by 2%. Changes like these typically lead to less volatility, which could be seen in the week ahead.

According to EIA’s latest weekly report, total gas stocks in the region increased slightly from 30.1 million bbl to 30.2 million bbl last week. Increasing stocks, alongside increasing demand, may help to slow pump price increases this week in the region.

This Independence Day holiday weekend motorists will find the cheapest gas prices in the South and Southeast region. On the week, New Mexico ($2.01) and Florida ($2.02) are the only states in the region with an average greater than $2 per gallon and to see increases less than a nickel. Pump prices jumped as much as nine cents for all other states in the region on the week.

Stocks saw a minimal draw of 700,000 bbl to push total stock levels to 90.1 million bbl. The region could see a large draw next week, following the holiday weekend, which could cause gas prices to increase ahead of the holiday. However, gas demand could decrease in states in the region that see an increase in coronavirus infections, which could delay reopening plans.

It was a volatile week at the pump across the Great Lakes and Central States. Kentucky (+9 cents), Michigan (+9 cents) and Minnesota (+6 cents) saw the largest increases in the region and land on the top 10 list for largest weekly jumps in the country.

Gasoline stocks in the region saw a substantial 1.9 million bbl draw, which is one reason for the fluctuation in gas prices. However, refinery rates saw the largest increase, at 7%, of any region in the country, according to EIA data, which could lead to a build in stocks in the agency’s next report and smaller increases at the pump.

At the end of Friday’s formal trading session, WTI decreased by 23 cents to settle at $38.49 per barrel. Domestic crude prices pushed cheaper last week due to an increase in new coronavirus infections worldwide, which could suppress crude demand if stay at home orders increase. For this week, crude prices could continue to decline if the market continues to worry that efforts to stimulate the global economy will falter because of uncontained outbreaks.