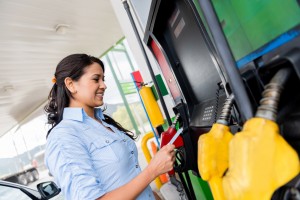 The national gas price average pushed a penny cheaper on the week to $2.11 following an increase in gasoline stocks and a dip in demand. Stocks added 1.5 million bbl to total 227.6 million bbl, in the Energy Information Administration’s latest report, while demand decreased to 8.3 million b/d.

“As some states increase travel restrictions and others roll back reopening processes, demand is positioned to weaken, though not likely drop as low as we saw in March and April,” said Jeanette Casselano McGee, AAA spokesperson. “That translates to a continuation of cheaper gas prices at the pump.”

While crude oil prices rallied on the week, up from a four month low of $35/bbl to as high as $39/bbl, they remain extremely inexpensive. This is a dominant factor, along with low demand, contributing to the cheaper prices seen at pumps around the country.

On the week, only four states saw gas prices increase: Indiana (+6 cents), Ohio (+6 cents) and Illinois (+2 cent) and Washington, D.C. (+1 cent). As has been the trend for weeks now, the majority of states gas price averages continue to push cheaper. Nearly 20 states start the week with an average at least three cents cheaper than last Monday. At the close of Friday’s formal trading session, WTI decreased by $1.65 to settle at $37.14. Domestic crude prices fell due to market concern about increasing coronavirus infections worldwide, which will lower crude demand as countries impose more restrictions that will reduce oil consumption. The drop in crude prices occurred despite EIA’s weekly report showing that total domestic crude inventories declined by 8 million bbl to 484.4 million bbl. As demand concerns continue to weigh on the market this week, crude prices will likely continue to decrease.