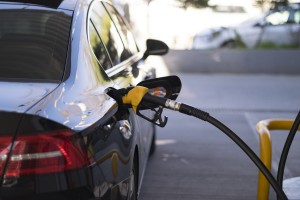 With the national average at $2.12, pump prices are, on average, 50-cents less than this time last year. Crude oil is the biggest driver of the less expensive gas prices. In the last week, crude oil prices dropped to $22/bbl – a low not seen since 2002. Crude oil accounts for nearly 60% of the retail pump price. When crude is cheap, gas prices follow suit.

“Typically gas prices start to trend more expensive at the beginning of spring, especially as motorists get out to enjoy the warmer weather and travel for spring break. That is not the case this year,” said Jeanette Casselano, AAA spokesperson. “With Americans urged to stay at home and practice social distancing to slow the spread of coronavirus, we are seeing less traffic on the roadways which will ultimately drive down demand, increase gasoline supply and push pump prices less expensive for the foreseeable future.”

Motorists do not need to rush to the pumps to fill-up. Currently, there is ample U.S. gasoline supply and no disruption to distribution at gas stations.

Across the country, state averages are less than $3/gallon except in Hawaii ($3.47) and California ($3.21). Twenty-nine states have gas price averages at $2.10 or less with Oklahoma ($1.71) carrying the cheapest in the country.

Every state in the Great Lakes and Central States saw gas prices decrease by double-digits on the week. Wisconsin (-24 cents) saw the largest decrease in the region and country. With the latest declines, gas prices range from as cheap as $1.78 in Ohio to as expensive as $2.16 in Illinois. In fact the region is home to some of the cheapest averages in the country. These Great Lakes and Central states land on the top 10 list of cheapest state averages in the country: Ohio ($1.78), Wisconsin ($1.81), Kentucky ($1.82), Indiana ($1.83), Michigan ($1.84) and Missouri ($1.86).

The Energy Information Administration (EIA) reports gasoline stocks drew by 1.2 million bbl, dropping the region’s total stock level down to 57 million bbl. Regional refinery utilization slowed, decreasing by 2% to 85%, but ranks as the third highest regional utilization rate in the country for the week ending March 13. Despite two weeks of declining stocks, gas prices are expected to push cheaper in the week ahead due to anticipated dip in demand and falling crude oil prices.

Compared to a year ago, motorists in the South and Southeast are seeing gas prices that are 40 cents to more than 70 cents less. Compared to one month ago, the price savings is closer to 50 cents.

Gasoline stocks have declined consistently for the last four weeks, bringing total stocks from nearly 93 million bbl to just under 83 million bbl, according to EIA’s latest report. The significant dip in stocks is likely attributed to exports as opposed to high demand. In fact, regional refinery utilization is on the rise, up to nearly 92% for the week ending March 13. Motorists can expect to see prices continue to decline in the week ahead.

Since early February, EIA reports show that regional gasoline stocks have declined. The latest draw of nearly 2 million bbl drops total stock levels down to 62 million bbl. More concerning, regional refinery utilization is at its lowest point – 57% – since 2012. Gas prices in the region are moving cheaper because of inexpensive crude oil prices. However, declining stock levels and lower refinery rates are slowing the pace at which pump prices drop in the region compared to other states in the Midwest and Southern regions.

On the week, state gas price averages in the Rockies region are 6 to 11 cents cheaper.

The latest EIA report shows another week of gasoline stock declines for the region, though only 200,000 bbl. Total stock levels sit at 8.9 million bbl. Year-over-year, stocks sit at a 1.6 million bbl surplus. This fact, plus cheap crude oil prices, are helping to push gas prices cheaper in the region.

Although the West Coast region continues to have the most expensive state averages in the country, it is also seeing significant decreases, as crude prices remain low. When compared to a week ago, California (-14 cents) saw the largest decline. Hawaii ($3.47) and California ($3.21) remain the most expensive markets in the country. Washington ($2.90), Oregon ($2.83), Alaska ($2.74), Nevada ($2.75) and Arizona ($2.58) follow.

According to EIA’s latest weekly report, total gas stocks in the region decreased by 1.58 million bbl to 30.06 million bbl, which is 1.27 million bbl lower than the level at this time in 2019. Pump prices are likely to continue decreasing this week, barring any supply challenges.

At the close of Friday’s formal trading session on the NYMEX, WTI decreased by $2.79 to settle at $22.43. COVID-19 and the crude price war between Russia and Saudi Arabia continue to push crude prices down. Moving into this week, crude prices will continue decreasing as the world grapples with how to contain the ongoing global public health crisis and associated economic challenges that could lead to a global recession. Until Saudi Arabia and Russia end their price standoff and the spread of COVID-19 ceases, domestic crude prices are likely to remain low.