11.2 million-plus vehicles will be equipped with ‘V2X’ communications in 2024, IHS Markit says 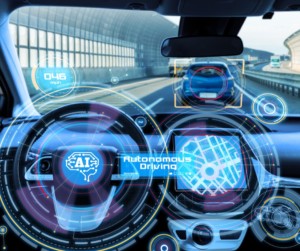 SOUTHFIELD, Mich.–(BUSINESS WIRE)–More than 11.2 million light vehicles equipped with some form of Vehicle-to-Everything (V2X) system will be produced globally in 2024, representing 12 percent of the light vehicle fleet, based on new research and forecasts from business information provider IHS Markit (NASDAQ: INFO).

DEFINITION OF V2X (Wikipedia): The passing of information from a vehicle to any entity that may affect the vehicle, and vice versa. It is a vehicular communication system that incorporates other more specific types of communication as V2I (vehicle-to-infrastructure), V2N (vehicle-to-network), V2V (vehicle-to-vehicle), V2P (vehicle-to-pedestrian), V2D (vehicle-to-device) and V2G (vehicle-to-grid).

It is expected that production of light vehicles equipped with V2X systems will be just under 15,000 units in 2019 and will grow at a compound annual growth rate (CAGR) of 277.5 percent in 2024.

“While regulatory bodies can greatly influence the fate and speed of deployment of V2X technologies, the momentum of V2X technology development will not be slowed down at the OEM and supplier level. This technology is here to stay”

A major driving force for the implementation of enhanced connectivity in vehicles today is the demand for safer roads and the minimization of road fatalities. While automatic crash notification systems are doing their part in this matrix, the introduction of V2X is expected to revolutionize the way consumers drive, if not the entire transportation system.

In the debate over which technology V2X should be based on, dedicated short-range communications (DSRC) solutions lead the global automotive V2X market in the near term as it represents a proven technology with chips for system implementation readily available from several semiconductor companies. By 2020, overall deployment numbers will still be relatively low, according to IHS Markit forecasts, but cellular V2X (C-V2X) solutions will already have surpassed DSRC based solutions, due to expected rapid deployment in China.

China is expected to lead the global V2X market, with an estimated 629,000 light vehicles produced in the region equipped with C-V2X technology in 2020, with the country expected to stay in the lead through to 2024. Europe is expected to be the second largest V2X market but with reliance mostly on DSRC-based solutions and just over 411,000 light vehicles produced during 2020. By 2023, Europe will also produce a significant amount of C-V2X based vehicles.

Japan and Korea also will achieve more noticeable deployments of DSRC-based solutions by 2021, showing a total of over 61,000 of such light vehicles produced between the two countries. In the North American market, production of C-V2X equipped cars is also expected to start in 2021 with just under 56,000 vehicles produced during that year. India isn’t expected to see any type of V2X production in vehicles until 2023, while the South America region falls outside of the forecast period (2017-2024) altogether.

“DSRC is a well-proven technology, but early testing of C-V2X based solutions are now being done by several companies,” said Anna Buettner, connected car principal analyst at IHS Markit. “C-V2X is gaining market momentum quickly in most regions and is likely to become the winning technology of choice over time, while a combined approach, in which both technologies are used, is also a real possibility in the near term while the technology is still developing.”

5G regulations are developing rapidly throughout many regions. Initial proposals made by governmental bodies, such as the one made by the European Commission in early March, could have potentially delayed cellular-based V2X deployment in Europe. However, since the announcement, the EU Parliament’s transport committee has come forward to reject the proposal alongside a number of OEMs. The latest vote by the European Commission now enables future 5G deployment, which would support C-V2X in automotive. Meanwhile, the US Federal Communications Commission has recently delayed a vote to once again review a key technology that would pave the way for DSRC in the United States, highlighting the differences in regional approach that exist within key regulatory bodies.

“While regulatory bodies can greatly influence the fate and speed of deployment of V2X technologies, the momentum of V2X technology development will not be slowed down at the OEM and supplier level. This technology is here to stay,” added Buettner.

IHS Markit (Nasdaq: INFO) is a world leader in critical information, analytics and solutions for the major industries and markets that drive economies worldwide. The company delivers next-generation information, analytics and solutions to customers in business, finance and government, improving their operational efficiency and providing deep insights that lead to well-informed, confident decisions. IHS Markit has more than 50,000 business and government customers, including 80 percent of the Fortune Global 500 and the world’s leading financial institutions. Headquartered in London, IHS Markit is committed to sustainable, profitable growth.