Cars can stall abruptly while driving, according to Consumer Reports. 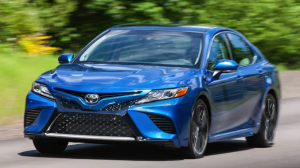 Toyota and Lexus are recalling about 1.8 million vehicles from the 2013 through 2019 model years because their fuel pump could stop working, which could lead to a sudden stall or hesitation while driving.

The problem increases the risk of a crash, especially when the vehicle is traveling at a high speed.

Some of these vehicles are being added to an existing recall that was already announced in January.

If a fuel pump fails, a driver may notice that the vehicle’s engine starts running rough and that warning lights may appear on the dashboard. The engine might not restart if it stalls.