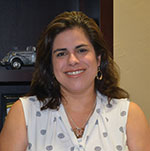 The Automotive Service Association (ASA) has welcomed a new staffer to its North Richland Hills, Texas, headquarters. Dan Risley, ASA’s president and chief executive officer announced the staff addition this spring. Signing on in the role of senior accountant, Michelle Lucas comes to the organization from independent-consulting duties as a QuickBooks Pro adviser. Lucas, who’s working toward her master’s in accounting at the University of Texas at Arlington, has served as a senior accountant with both mechanical and collision repair shops and has taken classes at the Automotive Management Institute. She’s trained in Mitchell Estimating and CCC Estimating Repair software and has additional certifications in the human resources and real estate fields.
“I look forward to working with ASA’s accounting process as my top priority,” Lucas says, “but I also hope to use my additional business experience to help the organization grow and expand.”

They Matter To Us

Corporate members play an important role in achieving the goals of the Automotive Service Association (ASA). Whether the companies are longtime ASA partners such as AudaExplore, A Solera Company, and Mitchell 1 or new ones like auto-parts giant CARDONE Industries, which formalized its association with ASA last spring, these relationships have mutually beneficial advantages for our members and for the organizations themselves.
In addition to a free listing on the ASA website and gaining recognition in a variety of ASA publications, other benefits of membership include:
• A free subscription to AutoInc. magazine, the official publication of ASA.
• The opportunity to participate in many of the same benefit programs available to ASA shops.
• Representation in Washington, D.C.
• Use of the ASA Federal Credit Union.
• Vital training information, as well as the ability to attend educational courses given by the Automotive Management Institute (AMI).
• Attend and present at the annual ASA-sponsored NACE | CARS trade show, ASA’s annual business meeting and various other business gatherings during the year.

Twenty years ago, a small group of automotive technicians exchanged their first emails through iATN. Today, more than 83,000 automotive service professionals from 170 countries routinely use iATN’s various forums and rich content databases to expand their knowledge and skill sets spanning all topics related to the industry.

Since 1995, iATN has evolved from an email-based communication service into the world’s largest online community of automotive technicians, repair shop owners and other allied service professionals. Members now have access to many iATN features, including TechHelp – where technicians assist one another with real-world automotive repair problems 24 hours a day – and many technical and managerial web forums. An extensive, searchable iATN Knowledge Base houses the Fix Database that contains hundreds of thousands of real-world vehicle fixes, as well as the Web forum archives that host more than two million discussions and the Waveform Library, with nearly 70,000 waveforms, scan-data images, component photos, documents and video demonstrations – all available for upload by members of iATN. 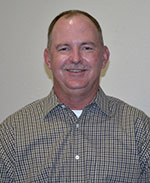 Mehalko, known to association members from industry events such as local and national trade shows and training events over the past 17 years, was responsible for a 24-state territory during his tenure with ASA national. He’s had experience with recruitment, growth and development of the organization.

Mehalko began his duties as executive director on June 13. “I look forward to working with members and volunteers to advance membership growth and move the association forward in our industry,” he says. “And I’m very pleased to be working again as a part of the industry trade association.”

The 2014 NACE | CARS show, which was staged at Detroit’s Cobo Center, broke previous records by having 180 exhibitors and 8,497 attendees, and the event’s net square footage topped 61,190.

Now in its 33rd year, NACE | CARS also ranks as the longest-running North American event serving the automotive service and repair industries. “No other trade show merges all facets of the automotive industry,” says ASA’s President and Chief Executive Officer Dan Risley. “The conference encompasses all market segments for the latest and most comprehensive repair solutions, services, products and technology.

“And NACE | CARS 2015 proved that it’s still the best source of industry education, training and networking for automotive service and repair professionals.”

Cheryl Zaun had a lot to be thankful for this past Memorial Day, including a memorial recognizing the loss of her son, Sgt. 1st Class Mickey E. Zaun, who was killed in Iraq in 2005. 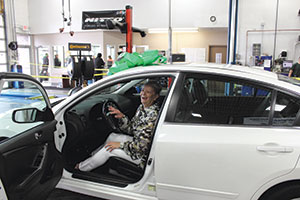 The Eden Prairie, Minn., resident had already suffered severe injuries in an automobile accident prior to her son’s death in an armored vehicle collision in Mosul. Left unable to work after the wreck, Zaun has lived on disability checks from the government since the accident. But in conjunction with this year’s Memorial Day observance, this mother of a fallen soldier had reason to celebrate.

Minnesota-based LaMettry’s Collision, an ASA-member shop, presented Zaun with a fully restored 2009 Nissan Altima. “Receiving this car was a gift from heaven on behalf of my Mickey!” Zaun said. “I’m overwhelmed by the love and generosity of all involved for this heaven-sent gift.”
Farmer’s Insurance donated the Altima, and it was repaired by LaMettry’s, with help from many local vendor partners. The gift was planned as part of the National Auto Body Council’s Recycled Rides program.

According to Darrell Amberson, president of operations for LaMettry’s and immediate past chairman of the Automotive Service Association (ASA), “It’s gratifying and humbling that many businesses presented a vehicle in respect and appreciation for the incredible sacrifices of a military family.” 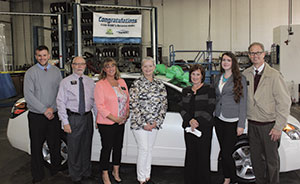