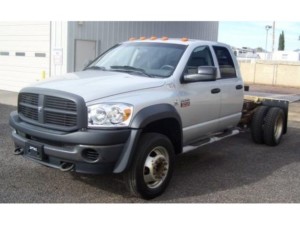 Problem: The technician stated that this truck has melted four TIPMs in the last four months and the customer just brought it back complaining that the parking lamps do not operate correctly with his trailer connected.

Details: The technician inspected the TIPM to find it melted (see image). When the technician called Tech-Assist, he stated that no DTCs were set in any module and all power/ground cables and connections from the batteries were good. The T-A consultant suggested looking for any aftermarket or poorly-spliced accessories. Something on the lighting system had to be overloading the TIPM circuits.

Confirmed Repair: The technician inspected the lighting harnesses and found an aftermarket trailer harness spliced directly into the lighting circuits at the taillamp.

After routing the add-on trailer wiring to a dedicated circuit, he replaced the TIPM again. After a long test drive, the lighting system seemed to work normally and the TIPM wasn’t melted. The customer called back four months later with no problems to report. It took a while to really confirm the fix but it was well worth the wait.

NOTE: On this model, it’s advised to use a dedicated trailer circuit.