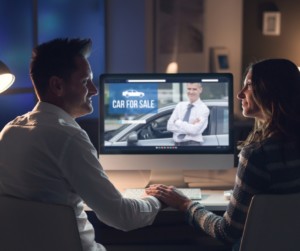 Lower satisfaction related to dealership website, inventory and the facility itself is common among brands with lower close rates that perform below segment average in these factors.

“While digital retail is on the rise, shoppers aren’t quite ready to adopt an Amazon-like business model when it comes to purchasing a vehicle; they still want to view inventory in-person and often rely on salespeople to explain how the vehicle technology works,” said Chris Sutton, vice president of automotive retail at J.D. Power.

“In fact, 90% of buyers still visit their selling dealership during the shopping process. The key for dealers is to ensure they don’t lose the sale before a customer even steps foot on their lot. If a new-vehicle shopper isn’t satisfied with the dealer website or facilities, they aren’t going any further in the sales funnel, and that sale is lost before a dealer can demonstrate how well it does everything else. Brands with the highest close-rate percentages are successfully delivering the experiences vehicle shoppers want.”

Among brands in the luxury segment with lower close rates, the satisfaction gap is 35 points (on a 1,000-point scale) below segment average for dealership website and 73 points lower for facility, which also includes inventory.

The gap is less significant, but still exists, in the mass market segment (8 points below the average for website and one point lower for facility).

The study finds that nearly one in four shoppers who shop, but don’t buy from a dealer reject that dealer before they even speak with a sales consultant at the dealership.

Most of these shoppers are making decisions online.

Further, fewer than half of these rejecters even reach the point of negotiating a deal on a vehicle.

While the negotiation process is critical, the majority of dealers’ lost sales occur before that process can take place.

Following are some of the key findings of the 2019 study:

Porsche ranks highest in sales satisfaction among luxury brands, achieving a score of 827. This is the second consecutive year—and the fourth time since 2015—that Porsche has ranked highest. Mercedes-Benz (825) ranks second and Infiniti (821) ranks third.

The U.S. Sales Satisfaction Index (SSI) Study—now in its 33rd year and redesigned in 2017—measures satisfaction with the sales experience among new-vehicle buyers and rejecters (those who shop a dealership and purchase elsewhere). Buyer satisfaction is based on six factors (in order of importance): dealer personnel (28%); delivery process (21%); working out the deal (18%); paperwork completion (16%); dealership facility (13%); and dealership website (4%). Rejecter satisfaction is based on five factors: salesperson (40%); fairness of price (15%); experience negotiating (15%); variety of inventory (15%); and dealership facility (14%).