How do repairs on the newer Nissan Rogues compare to the older models? Here’s what you need to know. 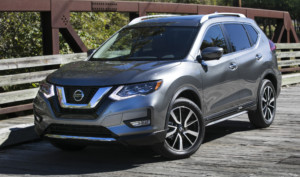 You, the technician, need a voice. I write these articles several times a year, and they also substitute for my therapist. After working on motor vehicles for decades, you start to question your perceptions.

Did Nissan make the redesigned Rouge better, or worse, to work on? How do American technicians view Nissan? Do the automotive designers look at the service end when they design or redesign a new car? Until service technicians tell me engineers understand “someone has to fix it later,” I will continue to write these articles.

Nissan is our subject this month. In the past, we’ve examined the Altima, Quest, Versa and Leaf. Nissan sells a lot of cars, trucks and SUVs in America, and many aftermarket techs have to keep them running. The dealerships can’t service all the Nissans (and some old Datsuns) that are driving on our highways.

As with most small, sport utility vehicles (SUVs) back then, the Rogue was fitted with front airbags, side-impact airbags, side-curtain airbag (with rollover sensors), tire-pressure monitor, antilock braking system (ABS) with brake-assist and electronic brake-force distribution, traction control and antiskid control. Service was easy, for the most part. Use 5W-30 oil in the engine, get your customers on a preventive maintenance schedule and keep them on it. CVT fluid changes are important, as is brake fluid flushing.

Some recalls included airbags, electrical problems, software updates and tire-pressure monitors. Other than emission issues that were a chronic problem with the first generation, it was a decent little SUV and sold well. After 100,000 miles or more the continuously variable transmission (CVT) would often start to slip and then the steel belt would break.

as been the supplier of the CVT, and the company has made improvements over the years to make it more reliable. Nissan strongly recommends that you use its CVT fluid, NS-2 product. It’s been updated to NS-3 for newer models, but make sure you have the correct fluid because Nissan uses both. Even with preventive maintenance, the transmission might still be problematic.

There’s always plenty of work to do on any modern car with an internal combustion engine (ICE) as it ages, and the Rogue is no exception. Cam and crank sensors, valves in the evaporative emission control (EVAP) system and numerous electrical problems will keep the Rogue coming back to your shop. In my opinion, as an Asian car tech for more than 40 years, Nissan does not make a robust electrical system, and that includes connectors and grounds.

At Van Batenburg’s Garage, my old shop, every Nissan serviced was given a ground sweep, and redundant grounds were installed before they failed. We also used Stabilant 22a on every connector. This was an insurance policy to keep the electrical gremlins away, because the quality of those parts was below that of Honda and Toyota. After all, Nissan priced its cars lower than other Japanese companies.

In New England, the vehicle was not built well enough to survive our winters, and corroded connector and poor grounds were common after a few years. You get what you pay for was true in this case.

The 2.5-liter, four-cylinder engine, known as the QR25DE, is a common one in the Nissan lineup, but it was continued in the second generation Rogue.
Beginning in 2014, the Rogue was built in Smyrna, Tenn., at Nissan’s facility there.

In calendar year 2016, the Rogue became Nissan’s top-selling model for the first time, a total of 329,904 in sales reflecting a 14.9 percent increase from 2015. Comparing the first generation to the second, it’s clear that creature comfort and technology in the cabin was a priority. But the mechanical parts didn’t change much.

The 2017 M/Y I examined was a little harder to work on for reasons that have to do with lower emission and lowering the decibels in the cabin. More plastic baffles are used to quiet the inrush of air at higher rpms, and that makes access under the hood tighter and more time consuming because you have to remove these parts to get to spark plugs, fuses and such – not a lot more difficult but clearly not an improvement.

The ICE uses a twin cam, chain-driven valve train. Almost every year it needs to be cleaned, and that adds complexity. Nissan still uses a positive crankcase ventilation (PCV) valve located in the valve cover. The ICE is basic: coil on plug (COP), spin-on oil filter, in-line transverse with room to swing a wrench. There are recalls on the 2016 model (NTB17-011, with regard to the passenger seat airbag).

The computer and wiring harness that detect a small person, or a child, needs to be replaced so that it works properly. The dealer must remove the seat and install new parts and then reprogram the electronic control unit (ECU). Nissan refers to this as “R1609 / NTB16-05.” But it only applied to some 2016 Rouges. Overall the new Rogue is much like the old one, mechanically. Nissan never installed a V6, so there’s some room to work under the hood.