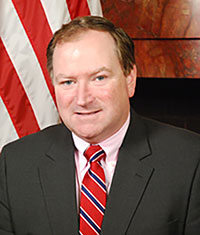 Prior to the hearing, the Automotive Service Association (ASA) sent a letter opposing SB 2055 to committee Chairman Michael J. McCaffrey. In the letter, ASA legislative representative Robert L. Redding Jr. wrote that SB 2055 is not about the ability to repair vehicles as proponents of the bill have suggested.

“All of the information necessary to diagnose and repair an automobile is readily available to consumers and all repair facilities,” said Redding. “In fact, ASA, in collaboration with the Alliance of Automobile Manufacturers (Alliance) recently launched a new comprehensive online resource at OErepairinfo.com to further assist independent repair professionals and interested consumers in accessing factory tools, service information, programming software and more.

“And automakers have entered into a 50-state memorandum of understanding that ensures access to tools and electronic service information and data necessary to repair any vehicle; legislation in Rhode Island is not necessary for service and repair needs.”

To see the full text of SB 2055 or to view past media releases, go to TakingTheHill.com. 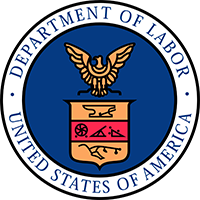 You might have heard that the U.S. Department of Labor (DOL) has issued a new rule for the regulation of the nation’s overtime policies. But what does it mean for you?
According to the DOL, the rule will:

• Raise the minimum salary threshold from $23,660 to $47,476 a year, or from $455 to $913 a week, to qualify for exemption from overtime requirements
• Raise Americans’ wages by an estimated $12 billion over the next 10 years, with an average increase of $1.2 billion annually
• Extend overtime protections to 4.2 million additional workers who are not currently eligible for overtime under federal law
• Update the salary threshold every three years
• Raise the “highly compensated employee” threshold –
from $100,000 to $134,004 – above which only a minimal showing is needed to demonstrate an employee is not eligible for overtime
• Respond to employers’ concerns by making no changes to the “duties test” and allowing bonuses and incentive payments to count toward up to 10 percent of the new salary level

Under the new rule, employers will be required to raise the salaries of employees to, or above, the salary level to maintain their exempt status, pay overtime in addition to the employee’s current salary, when necessary, or evaluate and realign hours and staff workload.

As an ASA member, you should review this rule prior to Dec. 1, 2016, when it goes into effect. For more information, go to dol.gov/featured/overtime.

ANNUAL MEETING ROUND UP

Automotive Service Association (ASA) leaders met in Washington, D.C., in April for the 2016 ASA Annual Meeting. ASA held numerous sessions on Capitol Hill to discuss mechanical and collision issues highlighted by the board of directors.

Mechanical leaders updated members of Congress and congressional staff on the impact of new vehicle technologies in the automotive repair industry. Although we are only seeing the first wave of these new technologies in today’s cars, we know that automakers and the federal government have rightly prioritized automotive safety in recent years.

The U.S. Department of Transportation (DOT), National Highway Traffic Safety Administration (NHTSA) and automobile manufacturers are constantly looking for ways to assist drivers, reduce accidents and save lives. These systems become more pervasive each model year. This has broad implications for those businesses that will be seeing these high-tech vehicles in their shops in the near future.
Immediate concerns include privacy, information availability, hacking and vehicle safety.

During the past few years, efforts to increase understanding of these emerging technologies has increased among both federal and state policymakers. Policymaker interest in telematics continues to grow. Just a few state and federal policy examples include:

2015: the SPY Car Act and Vehicle Innovation Act, among other federal legislation

ASA has been an advocate for increased communication between the aftermarket and automakers on telematics. ASA has hosted numerous roundtables on these issues and will co-sponsor the third annual Telematics & Technology Forum at NACE | CARS 2016 in August. Finally, ASA met with Bob Kreeb, division chief, Intelligent Technologies Research Division at NHTSA. Kreeb outlined NHTSA’s work on telematics, connected vehicles and the ensuing security and privacy implications.

ASA collision leaders continued to encourage members of Congress to address the issues related to Most Favored Nation (MFN) clauses used in direct repair agreements (DRP). MFN clauses between insurers and collision repair facilities guarantee an insurer that it will receive prices that are at least as favorable as those provided to other carriers doing business with the collision repair facility, for the same products or services.

MFN clauses can, under certain circumstances, present competitive concerns such as when they are used by a dominant buyer of intermediate goods, which can raise other buyers’ costs, or when they foreclose would-be competitors from accessing the market.

• Limit consumer choice
• Increase the costs of repair, in many cases
• Disadvantage small insurers and are anticompetitive

ASA briefed both the House and Senate judiciary committees about the negative impact of MFN clauses on small businesses and consumers.

Frequent Washington, D.C., Fly-Ins, as well as affiliate and ASA leader activity at the state level, are part of ASA’s governmental affairs program. To learn more about ASA’s legislative activity, go to www.TakingTheHill.com. 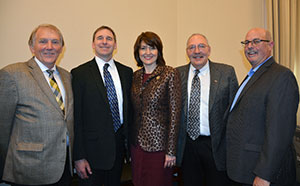