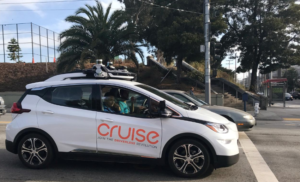 WASHINGTON (Reuters) – The U.S. Senate Commerce Committee will hold a Nov. 20 hearing on the testing and deployment of self-driving vehicles that will include top U.S. safety officials, as Congress has struggled to pass legislation on autonomous vehicles.

The hearing will come one day after the National Transportation Safety Board (NTSB) meets to determine the probable cause of a March 2018 Uber Technologies Inc self-driving vehicle crash that killed a pedestrian in Arizona.

Documents made public by the NTSB last week show Uber’s system had significant flaws and was not programmed to detect a jaywalking pedestrian.