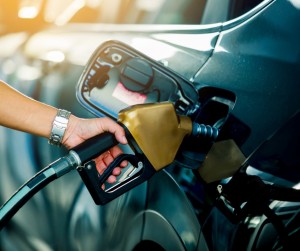 ALEXANDRIA, Va., Feb. 27, 2020 /PRNewswire/ — Consumers remain confused about the multiple fuel product offerings in the marketplace, says a new study commissioned by the Outdoor Power Equipment Institute (OPEI) and conducted online by The Harris Poll among over 3,000 U.S. adults.

The study, which has been conducted annually for seven years, shows lack of education, inadequate labeling and dangerous marketing tactics around new fuel products, such as higher ethanol-blended gasoline, are likely causing consumers to misfuel.

The study found that more than one in five outdoor power equipment owners are currently mis-fueling and one quarter have done so in the past.

Consumers remain confused about the multiple fuel product offerings in the marketplace, says a new study commissioned by the Outdoor Power Equipment Institute (OPEI) and conducted online by The Harris Poll among over 3,000 U.S. adults.

The study found that nearly two in five Americans (37 percent) mistakenly believe that higher ethanol blends of gasoline are safe to use for any gasoline-powered lawn equipment or other small engine products, such as boats or snowmobiles.

This fueling confusion can lead to potentially costly repairs, says the OPEI’s President and CEO, Kris Kiser. “The EPA has stated it’s illegal to use any gasoline containing more than 10 percent ethanol in any small engine product, like a lawn mower, string trimmer, leaf blower, generator or UTV.

There are more fuel blends and choices on the marketplace today, and consumers don’t always realize that what works in their car or truck, may damage their small engine equipment not designed, built or warranted for it.”

Kiser said it’s important for consumers to select the right fuel for their outdoor power equipment as misfueling can invalidate a manufacturer’s warranty.

The study found that nearly two in five Americans (37 percent, up from 33 percent in 2019, 31 percent in 2017 and 2016, and 30 percent in 2015) mistakenly believe that higher ethanol blends of gasoline are safe to use for any gasoline-powered lawn equipment or other small engine products, such as boats or snowmobiles. Also:

Some of the problem boils down to assumptions. More than 3 in 5 Americans (64 percent) assume that any gas sold at the gas station is safe for all of their cars, as well as boats, mowers, chain saws, snowmobiles, generators and other engine products. The price of gasoline also factors into consumer decision-making, as nearly two thirds of Americans (65 percent) say they will use the least expensive grade of gasoline whenever possible.

“Combine a consumer’s desire to save money with confusing pump labeling, and add in disingenuous marketing for Octane 88, which is really 15% ethanol or E15, and it’s no wonder these numbers are going up,” said Kiser. “As the regulator of the fuels marketplace, the government needs to improve pump labeling and educate consumers on the fuel blends available and how they should be used.”

When it comes to battery-powered outdoor power equipment, over 4 in 5 consumers owning this equipment (84%) say they are likely to charge the battery following the instructions from the owner’s manual.

It appears that most battery-powered equipment owners recognize the importance of using a battery brand that matches their equipment when replacing batteries. Nearly 4 in 5 (79 percent) say it is important to them that the extra/replacement batteries they purchase are from the same brand as the piece of equipment they will be used for, with just over a third (35 percent) saying it is very important.

The Outdoor Power Equipment Institute (OPEI) is an international trade association representing power equipment, small engine, utility vehicle, golf car and personal transport vehicle manufacturers and suppliers. OPEI is the advocacy voice of the industry, and a recognized Standards Development Organization for the American National Standards Institute (ANSI) and active internationally through the International Organization for Standardization (ISO), and the International Electrotechnical Commission (IEC) in the development of safety and performance standards. OPEI is managing partner of GIE+EXPO, the industry’s annual international trade show, and administers the TurfMutt Foundation, which directs the environmental education program, TurfMutt. OPEI-Canada represents members on a host of issues, including recycling, emissions and other regulatory developments across the Canadian provinces.

The survey was conducted online within the United States by The Harris Poll on behalf of Outdoor Power Equipment Institute among U.S. adults ages 18+. The 2020 survey was conducted between January 17-23, 2020 among 3,075 adults (2,138 own outdoor power equipment, and 1,208 own battery-powered outdoor power equipment). For complete survey methodology for the 2020 survey or previous years’ surveys, including weighting variables and subgroup sample sizes, please contact OPEI’s media contacts below.

Employees or Team? (Which term do you use?)