ASA: How We Keep You Going!

Why belong to the Automotive Service Association? You may be a nonmember reading this and trying to decide whether you should invest the dues amount to join when things may be a little tight. Or you may be a member reading this and trying to decide why you should renew. What about the cost of not renewing? ASA is the largest not-for-profit trade association of its kind dedicated to and governed by independent automotive service and repair professionals. Here is a recap of the Mechanical, Collision and Legislative activities of the association for this year. ASA would like to thank the board leadership, affiliated associations and all of our members for achieving great teamwork this year. As you will see below, ASA is focused on new opportunities and working hard to be leaner, fiscally strong and re-energized to best serve our members. 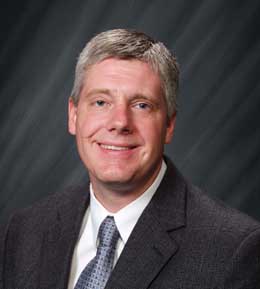 • Dan Risley was named executive director at ASA’s annual meeting in April. He communicates weekly with the board to keep them updated on association matters. He also participates in a monthly mechanical operations committee call to provide updates and answer questions. Risley also holds a seat on the Automotive Manage­ment Institute board of trustees.
• Bill Moss, EuroService Auto­motive, Warrenton, Va., returned for a second term as the event chairman of CARS (ASA’s Congress of Automotive Repair and Service). He was also elected to the NASTF board of directors.
• ASA, working with Autoshop Solutions, launched a major redesign of the ASA website, www.ASAshop.org.
• Three members served as panelists to discuss “What Shops Really Need” during the Global Automotive Aftermarket Sympo­sium in Chicago in May. Panelists included Bob Shanahan, DuPage Tire & Auto Center Inc., John Vallely, McLean Auto Repair and Dave Walter, Kehoe Automotive Center Inc.
• Next year holds many new and exciting things for ASA, as well as its NACE and CARS events. The new event dates and location will provide great opportunities to revitalize the shows and deliver an enhanced experience for exhibitors and attendees. CARS and NACE 2014 will take place July 28-Aug. 2 at the Cobo Center in Detroit, Mich., and will be co-located with I-CAR, CIC and the Collision Repair Education Foundation.
• ASA has hired Stone Fort Group to manage CARS and NACE 2014 in Detroit. Informa­tion will be communicated in the weeks leading up to the show as we finalize the training program and tours. Mark your calendar and stay tuned for more exciting news.
• The mechanical operations committee, with assistance from past committee members and other ASA members, was instrumental in providing instructor and topic suggestions for the education conference at CARS. The operations committee would like to take a moment to thank all those who attended. The instructor lineup was outstanding, with most classes well-attended.
• If you are looking for the ultimate package to diagnose any vehicle, you know the manufacturer’s scan tool will get it done. A group of experts have assembled information on what these tools do, how they are acquired and sometimes even what they cost. In a short time, all of this useful info will be housed in an easy-to-use single location along with advice from actual users on setting up and using these tools. Announce­ment coming soon! 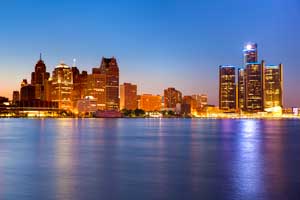 • Dan Stander, is in his second year as Collision Division director. Stander served as the event chairman of the International Autobody Congress and Exposition (NACE). Thank you to everyone who was able to attend and support this year’s event. We appreciated the support of our affiliate associations throughout the week. Among the highlights this year was the education and training that was offered. The MSO Sympo­sium continues to grow and has quickly become one of the premier events surrounding the show. Special thanks to Mike Anderson for delivering a motivational and inspirational speech during the Opening General Session.
• PartsTrader – The Collision Operations Committee has continued its pursuit of openly communicating with PartsTrader and State Farm. The committee met with PartsTrader at NACE to explain our position and provide their leadership an opportunity to illustrate the changes they have made to improve the product. Many of the changes and enhance­ments to the program are a result of the direct input from ASA members. Please continue to provide feedback.
• Insurance Company Mandates – Based on the committee’s direction and feedback, ASA has issued a strong statement against insurance company mandates. Although this issue surfaced as a result of State Farm’s PartsTrader mandate, insurance company mandates are not new. The committee will be gathering data about other mandates and will report the findings in a future issue.
In addition to the formal position, we have sent letters (a copy can be obtained at www.TakingThe Hill.com) to the attorney general and insurance commissioner in all 50 states. We have asked them to investigate the legality of State Farm’s mandate and the potential restrain of trade these types of programs could have. The responses we receive will dictate our next steps. In addition, we sent a letter to State Farm’s CEO. We outlined our concerns and provided recommendations as to how the situation could be remedied. We have not received a response thus far.
• As mentioned earlier, Stone Fort Group will manage CARS and NACE 2014 in Detroit. Next year’s show stands to be a true industry event. The Collision Industry Conference and I-CAR will be hosting meetings during the week of July 28-Aug. 2. We have many exciting things to offer exhibitors and attendees. Informa­tion will be communicated in the weeks leading up to the show as we finalize the training program and tours.
• Database Enhancement Gateway (DEG) – ASA recently renewed its financial commitment to the Database Enhancement Gateway for 2014. If you are not familiar with the DEG, we encourage you to visit www.degweb.org to learn more about this value-added program for the entire industry. The DEG provides a service that allows you to submit inquiries to the information providers (CCC, Mitchell and AudaExplore). 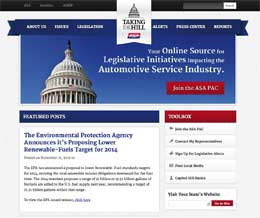 • ASA and ASA-Texas worked to reverse the Texas state tax code that classifies dealership sales as “retail” and allows their service and repair business to be included under that banner. Inde­pendent automotive repairers have not had the same opportunity. Texas Franchise Tax legislation, included in Substitute House Bill 500 and supported by ASA and ASA-Texas, passed the Texas legislature and was signed by Texas Gov. Rick Perry.

ASA thanks all Texas shops who contacted their state representatives and the Governor’s Office in support, helping to push this bill through.
• ASA Launches New Legislative Website – The new TakingThe Hill.com website redesign improves advocacy tools for repairers. ASA has provided independent repairers access to a web-based advocacy program at the federal and state levels for a number of years. After researching various online advocacy programs, ASA has remodeled its legislative and regulatory website. The new website is more user-friendly and designed to move information quickly to members and to policymakers.
• ASA Submits Heavy Duty Comments in Massachusetts – The Massachusetts Joint Committee on Consumer Protection and Licensure held a hearing on Right to Repair legislation. ASA, in a letter, asked the committee to request that the National Automo­tive Service Task Force review the status of service information, training and tool information for heavy duty vehicles. The legislation (H.B. 3757) passed in the House and was signed into law.
• ASA leaders met in Washing­ton, D.C., with administration and Capitol Hill officials to discuss Most Favored Nation (MFN) clauses contained in some direct repair program (DRP) agreements with insurance companies. ASA wrote Obama administration officials in 2012 asking that they also consider the impact of MFN clauses on parties involved in property and casualty insurance.
• U.S. Dept. of Commerce Makes Uniform Recommendations for Motor Oil Information on Invoices – The U.S. Commerce Department’s National Institute of Standards and Technology made uniform recommendations to states for placing motor oil information on invoices. These uniform standards mandate that the SAE oil ratings, brand and weight are to be placed on a customer’s invoice. Twenty states automatically adopted the standards. Others do so by Administrative Regulation. These standards became effective July 1, 2013, for states that approve, and are outlined in the National Insti­tute of Standards and Technology’s Uniform Regulation for the Method of Sale of Commodities.

Editor’s Note: These ASA activities are a summary of the mechanical, collision and legislative updates distributed bi-monthly. To download the updates, visit www.ASAshop.org, then click on “News and Press.”